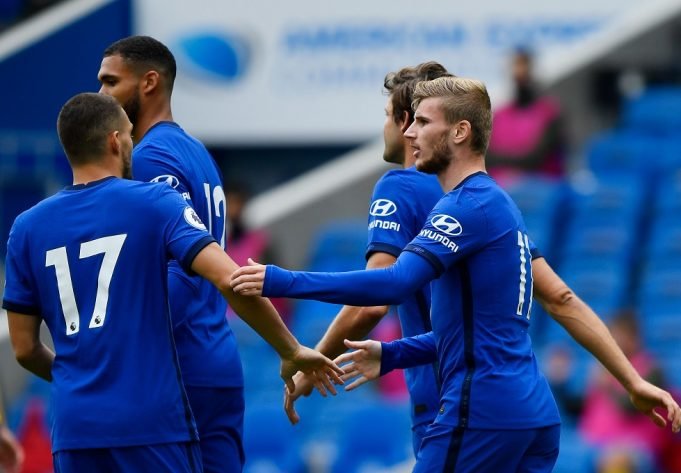 Chelsea forward, Timo Werner has revealed he is settling in well at West London after his move from RB Leipzig.

He began training with the squad in July itself, agreeing to sacrifice his Champions League aspirations with Leipzig and commit to his Chelsea move immediately.

Werner got off the mark in his first game for Chelsea, scoring in the 1-1 draw against Brighton last week. He rushed into the box to meet Callum Hudson-Odoi’s headed assist from close range. The German showed how lethal he can be in front of goal and seems to be really gelling with his new teammates.

When asked about he is getting on at Stamford Bridge, Werner said, “Very good. I know the way from my home to the training ground now, so that’s good!

“That’s important, knowing your way around your new surroundings and we have also trained at the stadium so now I know my way to Stamford Bridge also. My apartment is very nice, I feel happy there and also the city of London is brilliant. For me, London is one of the best cities in the world so I’m really happy. When you take a few days away, the weather was also very good! Yes, I’m very happy and settling in well.

“When I first came to England it was hard to understand everyone’s English because I haven’t had to speak this language since my school days. It’s not been as hard as I expected though, everyone has helped me settle in. People have spoken very slowly so I can understand and right now I feel very happy. I can understand everything and communicate in English.”