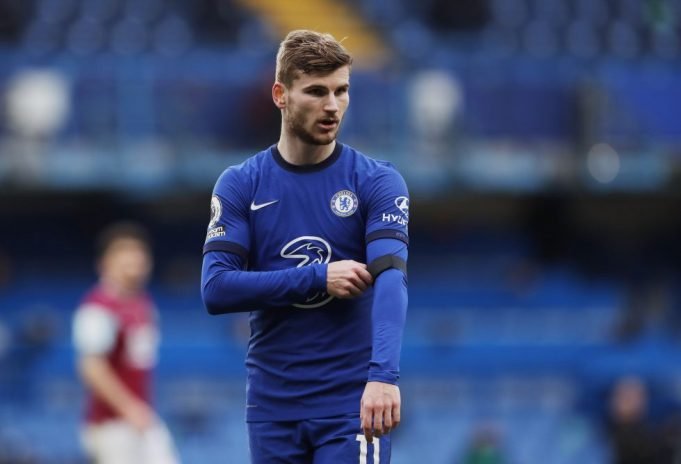 Timo Werner resorted to a place on the bench in several games.

Timo Werner has officially opened up on his time at Chelsea. He is not happy about how his debut season at Chelsea was perceived.

The German made a move to RB Leipzig from Chelsea this summer and will again play in Bundesliga.

According to Bobby Vincent of Football.London on Twitter, Timo Werner was not happy at how people perceived his debut season at Stamford Bridge. This despite him being the club’s top-scorer and the team lifting the Champions League in 2020/21.

Timo Werner: “My first year at Chelsea was probably my most successful year ever. Not on a personal level, but it was always portrayed worse than it actually was. I was the top scorer that season and we won the Champions League. I couldn’t ask for much more.” #CFC

The German international did have an underwhelming first year at Chelsea, where he scored only 12 goals in 52 appearances in all competitions.

The 26-year-old managed 11 goals in 37 appearances in various competitions last season, resorting to a place on the bench in several games.

Leaving the club after two underwhelming years and then immediately speaking about how people perceived his time sounds like sour grapes. Not every player can go to a new club and make it happen for himself. Some take time and some move on to try elsewhere.