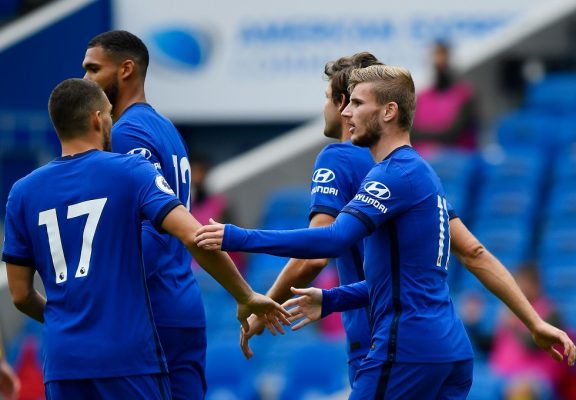 Timo Werner does not want to use the excuse of a newcomer in the Premier League.

Chelsea signed him from RB Leipzig in July and he wants to get off the mark right from the start.

Werner made his competitive debut for the Blues against Brighton last weekend. He impressed while out on the pitch, helping his side win 3-1.

“I don’t know [if I need time to adapt],” Werner said, via Goal. “I think maybe yes, but maybe not. I think the football in the Premier League fits me very well.

“In the games against Brighton, I saw them sometimes sit deep and not leave much space. Other times there was a lot of space for my runs and movement – that can be good for me.

“It depends on the game, how stretched the defenders are. The football is more about power and strength. It could be that I have to adapt a bit for a few games. In the end, I want to play, play well, score and win.

“I maybe will need two or three games but I want to be as good as possible. I want no excuses about needing to adapt for 10 or 15 games because it is possible. We want to win and you can’t have a player who needs a long time to adapt.

“I want to come into the league and be the best Timo I can be as soon as possible.”