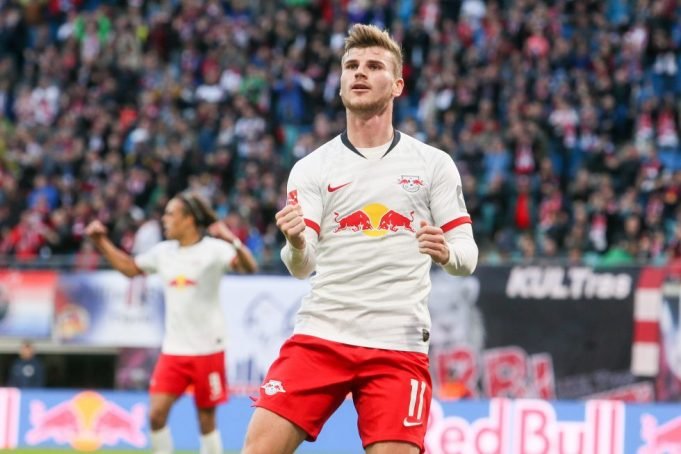 Timo Werner had to choose between hurting two sides when he decided to not participate in RB Leipzig’s Champions League games.

As of this July, the German striker is a Chelsea player following his £48 million transfer. He did have an option to stay at Leipzig and see out the remainder of the 2019/20 season but chose otherwise.

Leipzig have progressed to the quarter-final of the competition after beating Tottenham 4-0. Werner was a big part of their attack and he is about to be a huge miss for them.

“Of course it hurts me that I can’t help out [RB Leipzig] to play in the Champions League. But I’m a Chelsea FC player from July 1st and I’m being paid by Chelsea from then on,” Werner told Sportbuzzer.

“It was clear that all parties – Chelsea, RB and my side – should and must settle this. Of course I tried to keep out of the Champions League issue as much as I could because it was clear that I would have to hurt one side. That’s why my agent finally agreed it with the clubs.”

“I am forever connected to Leipzig and RB, will sit in front of the TV during the quarterfinals and keep my fingers crossed – maybe I can even be on site in Lisbon,” Werner said.

Despite joining earlier than expected, Werner is not eligible to play for Chelsea this season. Frank Lampard’s side still have to play out the Premier League, Champions League and in the FA Cup semi-final after beating Leicester City 1-0.