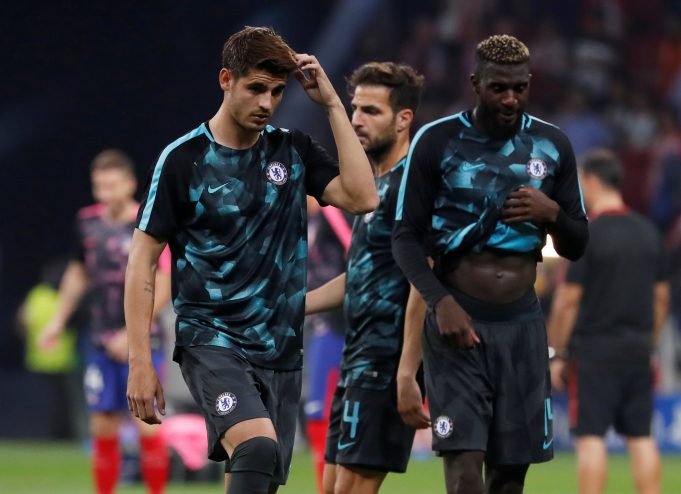 Former Chelsea player, Floyd Hasselbaink believes that Maurizio Sarri might be forced into recalling some of the club’s on-loan players to cope with the transfer ban next season.

He said, ”I can see [Alvaro] Morata returning to Chelsea because I think the squad is in desperate need of a striker and [Gonzalo] Higuain hasn’t looked like the answer so far this season.

“[Kurt] Zouma might fancy his chances of coming back to Chelsea and becoming part of the squad, but I don’t think he would earn a regular starting role.

“[Tiemoue] Bakayoko will be moved on this summer because he hasn’t come remotely close to performing as he did at Monaco. That move simply hasn’t worked out for either party.

“There’s a couple of young players in the Championship, [Mason] Mount and [Jay] Dasilva, that might eye a role in the Chelsea squad next year similar to what [Callum] Hudson-Odoi has had this season.

“I’ve been impressed with both of them, but it’s a big step up from the Championship to performing for Chelsea so I do think next season might come too soon for them.”

Chelsea are due to face off against Liverpool at Anfield on Sunday. The Blues managed a 0-1 win against Slavia Prague on Thursday night away from home.