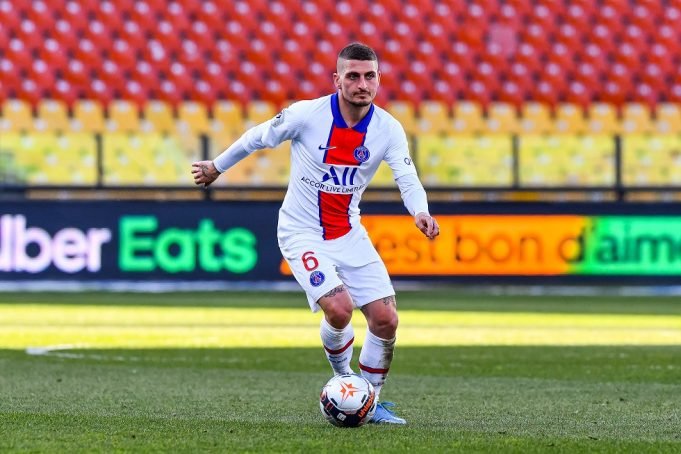 Thomas Tuchel wants to bring in Marco Verratti from PSG.

Chelsea are reportedly scouting for top midfielders ahead of the summer transfer window.

The Blues can undergo yet another spending spree under the leadership of Tuchel. Last summer, they spent upwards of £200m. Roman Abramovich could just as well sanction another squad overhaul to close the gap to Manchester City.

Tuchel has impressed during his short spell at Chelsea. He has managed to overturn Chelsea’s season and now, they are in the FA Cup and Champions League final with a strong chance of finishing in the Premier League top four.

The German boss demands a lot of intent and energy from his players. His midfielders play a very decisive role which requires plenty of technical skills paired with strong defensive attributes. Neither Jorginho nor N’Golo Kante combines both into their games.

Marco Verratti is one of the top specialists in his position, capable of dictating the midfield like he pleases. Both him and Tuchel worked well at PSG and publicly voiced their admiration for each other. Could they perhaps reunite at Stamford Bridge?

Verratti is still one of PSG’s best players and holds a key role under Mauricio Pochettino. Unless, there is a clear wedge between him and the club, it is unlikely that PSG will be open to selling him.