Chelsea FC Latest News .com
Home England This is why Sarri does not trust his backroom staff 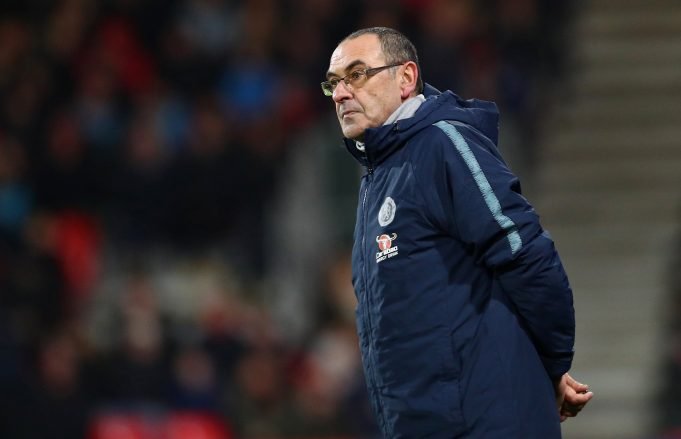 Duncan Castle believes Sarri does not trust his backroom staff and thinks they are informants for Chelsea boardroom boss Marina Granovskaia.

He said, “The most telling thing that happened from the reports at Bournemouth is after the midweek game, for me, was that Sarri shut his entire backroom staff out of the dressing down he gave to the players.

“I’ve heard of individuals being excluded from particular meetings because the manager didn’t trust him, but I’ve not heard of the entire backroom staff being shutout and that suggests to me that Sarri doesn’t trust his backroom staff.

“He thinks that they, or a large number of them, are a source of leaks, not necessarily to the press but maybe to the owner and to Marina Granovskaia.

“If he’s isolated himself to the point where he doesn’t even trust a percentage of his backroom staff and doesn’t trust them to the extent that he shuts them out of a meeting like that then not only has he got a lot of the players against him, he probably doesn’t have many of the people who are supposed to be assisting him in great support of him.

“I’ve heard there is definitely an element of distrust there but I think if you’re Maurizio Sarri and you were examining the situation, you’d be thinking who’s my assistant manager, who was he appointed by and is he the guy who the club are likely to turn to?

“From this, do not take in any way the suggestion that Gianfranco Zola is trying to get himself the job, or that he wants a change of management.”