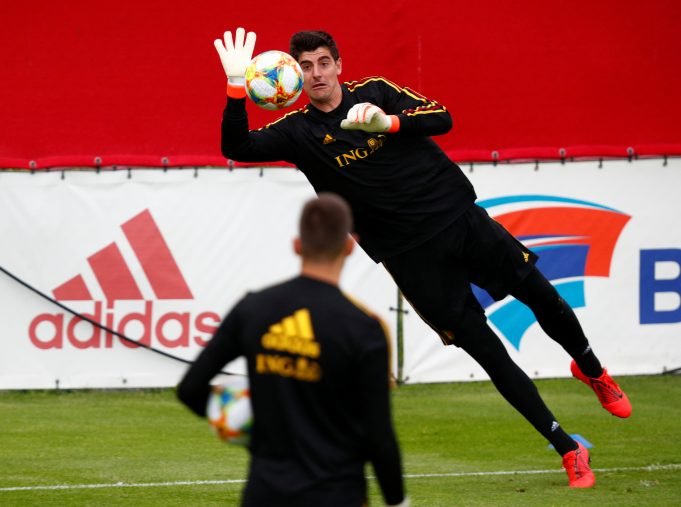 Just like Hazard, the Galacticos keeper also left the Premier League outfit for Madrid last summer. Both have held close relations throughout their careers owing to their allegiance to the same country but coincidentally at club level as well.

Courtois’ departure from Stamford Bridge was not as well received by the Chelsea fans as was Hazard’s. The shot-stopper was often involved in cryptic posts which centred around taking shots at the Blues whereas Hazard left with a Europa trophy and after 7 years of excellent service.

Hazard is now set to join a long line of signings at the Santiago Bernabeu, standing behind the likes of Eder Militao, Luka Jovic and Rodrygo. The Galacticos are also setting up deals for Manchester United’s Paul Pogba and Olympique Lyon’s Ferlan Mendy.

Chelsea will be looking to promote from within to replace Eden Hazard after having already signed Christian Pulisic from Borussia Dortmund. Callum Hudson-Odoi is expected to sign a contract extension and take over the Belgian’s spot on the left flank next season.