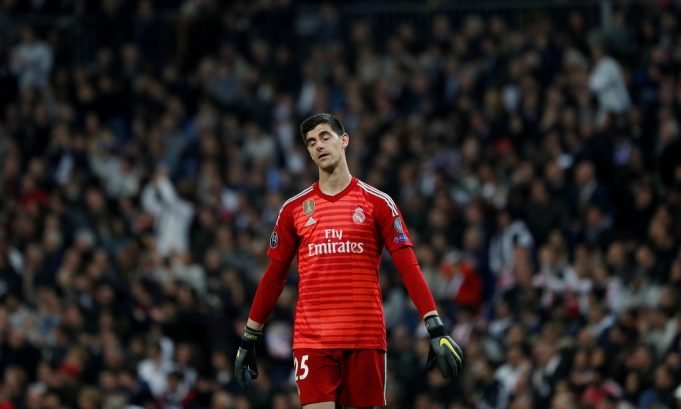 Thibaut Courtois did not waste the chance to hit out at his former club ahead of a Stamford Bridge return.

Chelsea take on Real Madrid in the Champions League second leg on Wednesday.

The Belgian goalkeeper will be returning to West London for the first time since his departure in 2018. He left unceremoniously without the backing of fans, despite winning two Premier League trophies, an FA Cup and a League Cup.

Speaking during an interview with French outlet TF1, he said, “I have confidence in our qualities. We are lucky to be in the semi-finals and small details can change everything.

“Winning a trophy with Belgium and the Champions League with Real Madrid are two childhood dreams which I haven’t accomplished yet. I hope to be able to achieve it as soon as possible.”

Courtois admitted he has no regrets about how his transfer went down in England. He always dreamed of playing for the Spanish giants and had to snap up the opportunity at first glance.

“Sometimes when I drive to the stadium, I say to myself, ‘I did not imagine that I could end up here’. It’s a nice story: someone who grew up in a small village in Belgium ending up at Real Madrid,” Courtois continued.

“When you sign for Real Madrid, you know the pressure is going to be there. That’s what is the beauty when you win trophies.

“Real Madrid are the biggest club in the world. And it feels it with the pressure from the fans. It is yet another dimension in the world of football.”