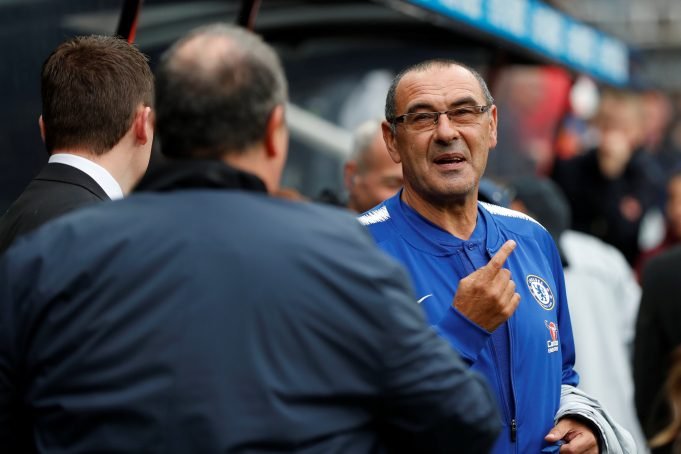 Chelsea have identified three managers who can succeed Maurizio Sarri next season.

Various reports have made claims that the Italian boss has already agreed terms with Juventus and will be joining the Serie A champions after the Europa League final.

Massimiliano Allegri’s departure from Turin has made Sarri a top candidate for the Bianconeri due to his prior experience in the Italian top-flight. The 60-year-old was already touted to be sacked this offseason after a season of highs and lows but it seems like his Stamford Bridge exit could speed up based on his own interests.

Roman Abramovic obviously will have to prepare for Sarri’s departure either way and reports state that he has shortlisted three candidates for the position.

Allegri’s name has been included in the list, where, in a comical sense both he and Sarri could end up at opposite clubs, almost like it was an exchange deal.

The former Juventus boss has a glowing resume, leading the Black and Whites to the Serie A title every single season. He has won been crowned the Italian champion with AC Milan as well.

Chelsea have also been linked with former Spain and Real Madrid head coach, Julen Lopetegui. His agent, Jorges Mendes has offered up his client to the South West London outfit.

Frank Lampard is the third and most popular name amongst the fans due to his history with the club. The Englishman has been doing wonders in the Championship with Derby County, leading them to the playoff finals against Aston Villa.

Here are the odds for the next Chelsea manager:-