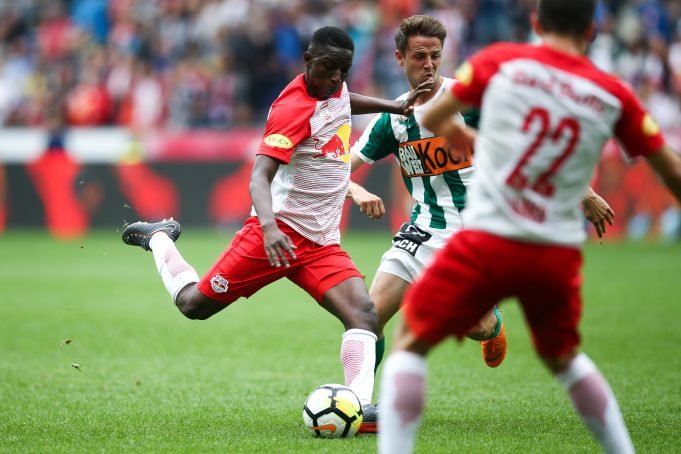 Chelsea are linked with a move for highly rated midfielder from Redbull Salzburg.

The English giants are said to be making an enquiry for Amadou Haidara from RB Salzburg.

Amadou Haidara is a very promising and versatile midfielder who lit up both the Austrian Bundesliga and the Europa League this season.

Haidara could be ideal for Chelsea as the club look to rebuild and inject some youth into their midfield. The Blues’ midfield play has gone slightly stale in the season, resulting in missing out on a top four spot.

Cesc Fabregas’ aging legs and links with a move away are taken into account and it is easy to suggest that Haidara could be an ideal replacement for Fabregas.

Haidara would also be following a similar career path to N’golo Kante – who shares few similarities.

He has relatively small physical stature, but he is always hungry for the ball and suits Kante’s style quite well with his drive and ruggedness.