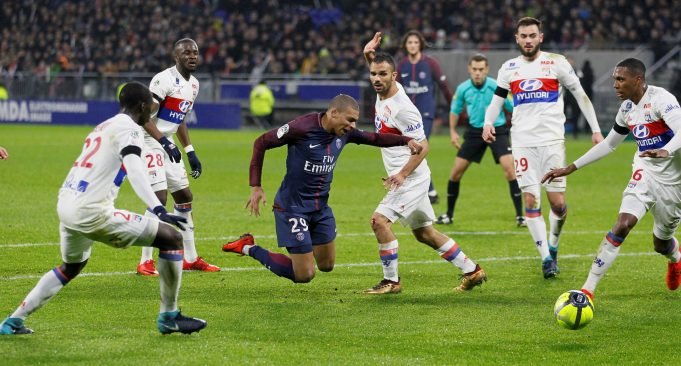 Chelsea FC have lined up the perfect replacement for exit bound star.

According to L’Equipe, Chelsea are lining up Lyon midfielder Tanguy N’Dombele as a potential replacement for N’Golo Kante.

But Chelsea are set to fight it out with Tottenham Hotspur for Lyon midfielder Tanguy N’Dombele this summer, with the French outfit looking for around €60m.

Chelsea are also believed to be keen on N’Dombele’s signature in case N’Golo Kanté leaves for Paris Saint-Germain.

Losing Kante would be painful for the English giants, fear struck among the Blues’ fans especially after reports have claimed that Kante would be interested in joining the French champions.

Meanwhile Mauricio Pochettino’s Spurs have made the first move by offering €40m for the man they believe would be the perfect replacement for China bound Mousa Dembélé.

N’Dombele is a 21-year-old midfielder – who was one of the breakout stars in Ligue 1 last term.

He impressively become a key man for Les Gones and also earned a lot of plaudits for his performances in the midfield for Lyon.

Negotiating with Lyon would be tough for both the giant London clubs, after what we have seen in the Nabil Fekir saga.