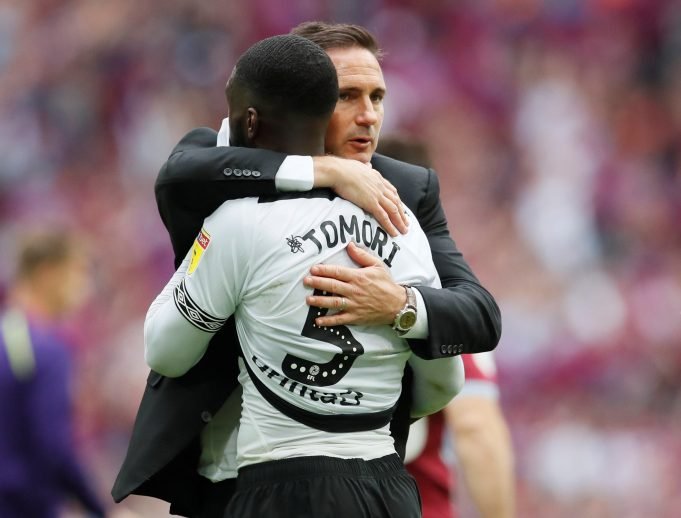 According to the latest reports, Frank Lampard is set to become the next Chelsea manager and with the transfer ban looming, the Englishman’s job is about to get a whole lot tougher.

Many believe that Lampard will have to dig into the vast flock of loan players on Chelsea’s books to improve the team squad next season.

Another former Blues midfielder, Craig Burley told ESPN (via the Daily Star) the 5 returning stars who Lampard should look to implement into the senior side next season.

“I think [Kurt] Zouma’s chances are kind of running out, went to Everton on loan, I’m not sure. So, I’m going to go for young Tomori. Primarily because he was Derby’s player of the year. He did really well on loan under Frank Lampard, knows him.

“I’m surmising whether Frank thinks he’s ready to come in, not as a starter but as a squad player. A good opportunity for the youngster and maybe get some game time this year.”

“A big disappointment at Chelsea and I suppose at AC Milan, where he was sort of up and down. But we know if you can get in his head, that he can cover the field as good as any player in the game.

“Again, I think from a manager’s point of view, that’s what I’m looking at. We know he can play in the Premier League but we just haven’t seen it properly.”

“I’ll stick [Mount] in for the very same reasons I stuck [Tomori] in. A talented young boy who had a really good year at Derby, worked under Frank for a full year and Jody Morris who know him very well.

“And again with that ban, not starting XI players but youngsters who may come in and get an opportunity and give Frank an option.”

“If we think they can’t sign anybody, if we presume the situation stays as it is, I think strangely enough the first port of call has to be [Morata].

“Now, I know it’s complicated with Atletico Madrid and the player himself and he probably doesn’t want to come back to London. But your only other option, with Higuain going back to his parent club, is Olivier Giroud.

“So you’ve got to say: ‘look, played for Real Madrid, played for Juventus, played in Champions League finals, led the line for Spain’. He’s better than what we saw, absolutely 100 per cent.”

“Just for the fact we know he’s a more proven player than Tammy Abraham. [Abraham] did it in the Championship, [Batshuayi] has done it in bits and pieces in all the loan places he’s been.”