Chelsea FC Latest News .com
Home CFC Tariq Lamptey Could Have Been A Superstar At Chelsea 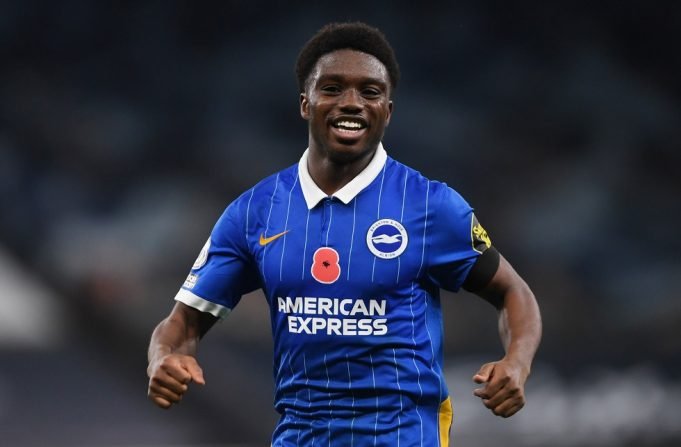 Chelsea could have benefitted with Tariq Lamptey in their side, according to Alan Hudson.

Brighton And Hove Albion signed the right-back for a bargain deal last summer and he has shone tremendously since then.

Both Reece James and Ben Chilwell have been performing well for Chelsea this season but Hudson believes that Lamptey could have been a serious asset as well.

“They are not quite at that level and won’t ever be that way because Liverpool have a completely different set-up with midfielders ‘sitting’ and front men attacking from all angles,” Hudson told CaughtOffside.

“They are the best attacking force on this planet, but going back, these two full-backs are competent enough and they should have kept Lamptey as their understudy. The kid at Brighton would have been a superstar at the Bridge.”

Hudson also praised Thiago Silva, who has bounced back from a 3-3 draw against West Brom to put on a winning run.

“Silva got his nightmare debut out of the way and now looks the business in a Chelsea shirt,” Hudson said. “I’m not surprised to see him look the player he is.

“He looks trimmer, sharper and has put West Brom well behind him, plus having the goalkeeper Edouard Mendy behind him has helped.”