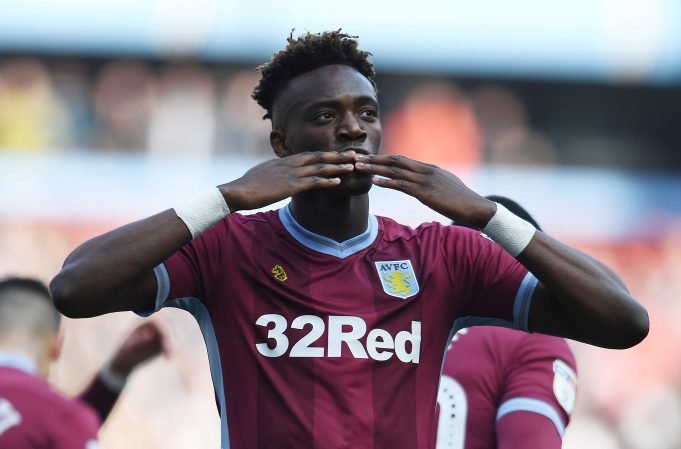 Tammy Abraham needs to step up his game if he wishes to break into the Chelsea senior team next season, according to Sky Sports reporter, David Reed.

The youngster just had his best season with Aston Villa, scoring 26 goals in 40 appearances and helping them earn promotion back to the Premier League. While he has proven his scoring ability as a striker, Reed believes that he still lacks a few key qualities to really become a Blues star.

“I watched a lot of Tammy Abraham last season and there’s no questioning his goalscoring record,” he said on Sky Sports’ Transfer Talk. “But the only weakness or area of play that he can perhaps improve on is his holdup play and bringing other players into the game.

“That is probably something that Chelsea will look for their striker to be doing, so that will be an area for him to improve on.”

The South West London are about to name their highest ever goalscorer, Frank Lampard as their new boss and there is an air of certainty going around Stamford Bridge that younger players will find more preference.

“We talk a lot about the younger players that are coming back from all these loan spells – I particularly like Reece James as well who was doing really well at Wigan, got injured this summer, but hopefully he’ll be back soon – but there’s also senior players, you look at Michy Batshuayi, he’s gonna be coming back,” Reed added.

“If Michy can get himself into form and into full fitness, he could be a really key player for Chelsea this season.

“And another one in central midfield as well, Tiemoue Bakayoko, who’s been out playing in Italy for the season, he’s gonna be coming back.

“Didn’t really pull up any trees in his first season at Chelsea, but he’s a really good ball-carrying midfield player who can unlock defences by just his strength and his ability to take the ball forward.

“So he can be another one to keep an eye on as well as these younger players.”