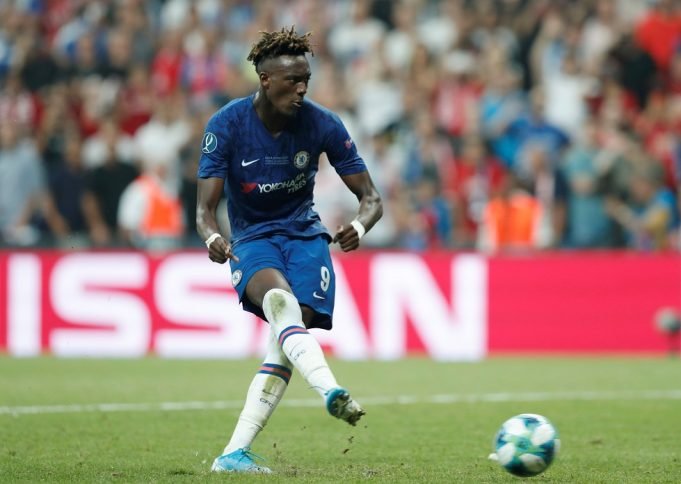 Tammy Abraham voiced his frustration in missing out on the FA Cup final.

The forward was not even selected in the squad for Chelsea’s visit to Wembley.

Abraham is this season’s top goalscorer for The Blues and yet, hardly gets to play under Tuchel. The England international’s partner, Leah Monroe bashed the coach on social media.

She Tweeted out, “How on earth do you make the decision to leave your top goalscorer out of the squad for a final?

“The same person who even scored the goals to actually qualify for this competition? It’s not making any sense whatsoever.”

Chelsea lost 1-0 to Leicester City in their second consecutive cup final but still have the Champions League and Premier League top four to play for.

After the Saturday fixture, Abraham wrote on Instagram, “It hurts but we still have unfinished business.

“Thank you for your support, good to have you back.”

Chelsea now have Liverpool breathing down their necks for a top-four spot. Their defeat to Arsenal meant they came within a point’s different to Liverpool, who managed a miraculous last-minute winner against West Bromwich Albion.

Abraham is unlikely to play much part in the remainder of the season. Sources claim that his future lies elsewhere and interested parties might already be lining up a move for the Blues academy product.