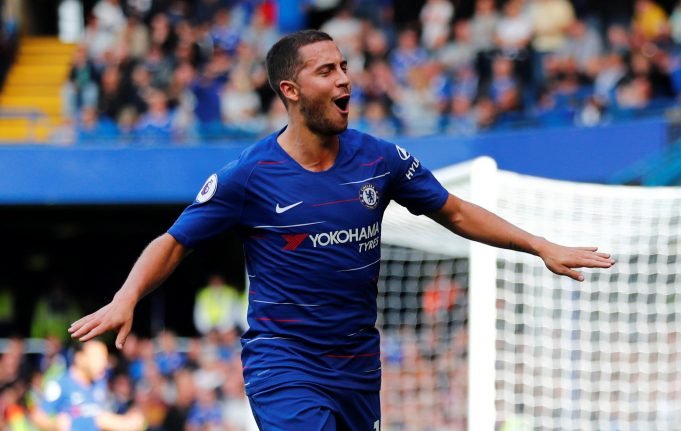 Former England international Stuart Pearce believes that Eden Hazard could have scored 40 goals or more in a season if he played for Liverpool or Manchester City.

Hazard has started this season brilliantly. In five matches so far, he has scored 5 goals and has registered 2 assists. The Belgian also scored a hat-trick against Cardiff City on Saturday. This is is second hat-trick for Chelsea.

Hazard’s hat-trick took Chelsea at the top of the Premier League table.

Eden Hazard is in terrific form and Maurizio Sarri’s attacking style enables him to play in a more attacking role. However, Stuart Pearce believes that Chelsea may not dominate the league so much that Hazard might score 40 goals in a season. He thinks that the Belgian could score 40 goals if he were playing for Liverpool or Manchester City.

The former England defender also lauded Chelsea for managing to keep him at Stamford Bridge for all these years. This summer, the Belgium captain was heavily linked to a move to Real Madrid. However, he decided to stat at Chelsea.

Pearce said, “He’s a low-maintenance footballer, I think, Chelsea have done really well to hang onto him for the past couple of years.

Chelsea next play their Europa League opener against PAOK. Maurizio Sarri said that he is considering to rest the Belgian.