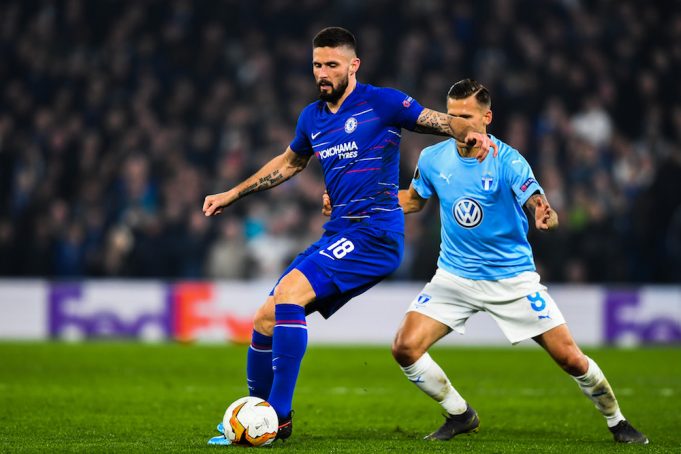 After a hard-fought but undeserving defeat to Manchester City on Sunday, Chelsea will have little time to rest. Much of the post-game controversy went to Kepa Arrizabalaga who created a scenario for the club by refusing to be subbed off.

Chelsea however, have little time to dwell on the matter as they have to also deal with the upcoming crucial three pointer match at Stamford Bridge against Tottenham Hotspur. The Blues want to register a win as they are desperate to get their season back on track and are left winless in domestic matches for almost two weeks now.

It will be a classic match to watch for the sport lovers as it will be a London derby and Tottenham will want revenge for Chelsea ousting them from the Carabao Cup semi-final.

Watch & bet on games via live streaming online on the internet? Unibet and bet365 offer stream och bets on the best European football from many different leagues via live streaming. Here we will give you all info about stream, betting, tv and team news for Chelsea Tottenham online!. Watch & bet!

Chelsea – Tottenham will be played Stamford Bridge on Wednesday, 27th February, 2019 at 21:00 CET

This is the third time Tottenham face Chelsea this year and the fourth time this season. While Tottenham won the first encounter at home, cantering away to a 3-1 win, their second win was much more closely fought and Kane’s lucky goal gave them a 1-0 win at Wembley again.

However, the Blues turned the tide in the next match as they came from 1-0 down to win 2-1 and take it to penalties which they also won to kick Spurs out of the Carabao Cup.

So who will win this time?

Chelsea can face a major blow as goalkeeper Kepa might miss out due to a hamstring injury. However, the most expensive keeper in the world might still make the match. Kepa is the only injury worry Chelsea have. Chelsea should have their regulars like Hazard, Kepa, Kante,Willian and Higuain. Chelsea have dealt a major bad news as the club have received a transfer ban from FIFA.

Tottenham will still be without the dangerous Dele Alli but Harry Kane’s goal scoring return last week was a major boost who will want to get back to winning ways after losing 2-1 to Burnley.

Who will win Chelsea Tottenham? If you are looking to bet on this game, then there are several markets which are interesting. For example, a win for Tottenham has odds of 2.30 since they are the favourites.

If you think about put a bet on Tottenham or Chelsea there are several good promotions. Especially Unibet and bet365! Combine the best betting offers from Unibet and bet365 to get the most from your betting.

Here you see the standings in the Premier League. It’s updated after every game. Chelsea are currently 6th in the table while Tottenham are 3rd.

This is the H2H – head-to-head stats between Tottenham Hotspur and Chelsea.

Sunday’s match will be the 164th match between Chelsea and Tottenham. So far, Chelsea lead the head-to-head with 69 wins while Spurs have won 54 matches. The other 40 matches have ended in a draw.

Here we will give you answer on the most frequently asked question about Chelsea – Tottenham.

Mount – Lampard switch set me up for goal

Frank Lampard urges team to focus on top four rather than...