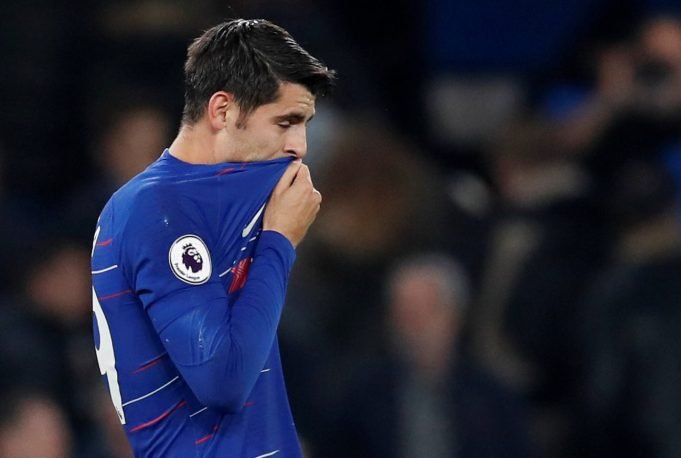 Atletico Madrid manager Diego Simeone has insisted that no deal has yet been agreed with Chelsea for their out-of-favour striker Alvaro Morata. The Spaniard was set to complete his loan move until the end of the season to the Madrid side but Simeone’s statement has put his future in jeopardy.

The former Real Madrid forward joined Chelsea last season and was immediately handed the responsibility to lead the line for the Blues. However, in the last one and a half seasons, he has not been able to show his mettle and has fallen down the pecking order under the current manager Maurizio Sarri.

Speaking about the loan move of Morata, the Atletico Madrid manager said, “It hasn’t been done yet. Beyond all the wonderful words you have been saying, there is nothing done. What matters is what it is done.

Simeone added, “We are who we are here and we have to be smart approaching tomorrow’s game. And if, finally, Morata’s transfer becomes something real, I will speak on my thoughts.”

The Italian gaffer has already brought in his former disciple Gonzalo Higuain on loan from Juventus to lead the line at Chelsea, which has put the former Juventus striker Morata’s future in complete jeopardy.