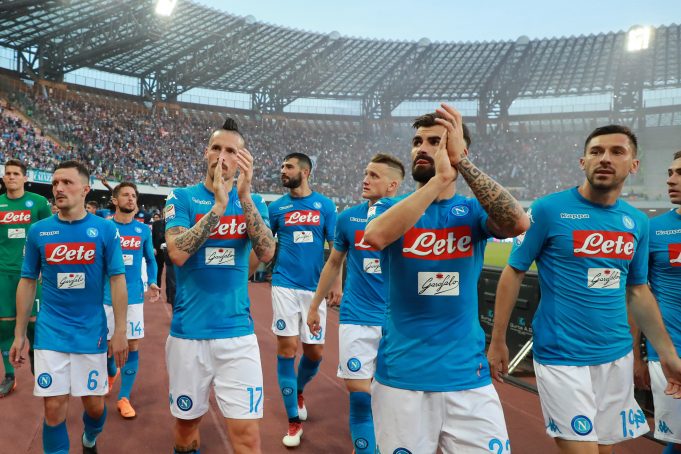 Napoli defender Elseid Hysaj has resonded to the reports about his future amid serious interest from Chelsea.

The 24-year-old has been a key player for Napoli ever since his arrival from Empoli in the summer of 2015.

He made over 100 appearances across all competitions.

This season he featured in 35 league games as Napoli came ever so close to beating Juventus in the Serie A title race.

On a personal note, Hysaj had a brilliant season.

Hence, he has been linked with a summer move away from the Italian club with the Blues said to be interested.

“The farewell of Sarri is not good news given that I’ve been with the coach for 6 years.”

“But Napoli have made a good choice with Ancelotti who is an excellent coach and we know how many titles he won.

“Future? They are just rumours, I do not know anything and I only read what is written.”

After all these talks would Hysaj remain at the Serie A?

It remains to be seen whether Chelsea would make a move for the full-back or not.