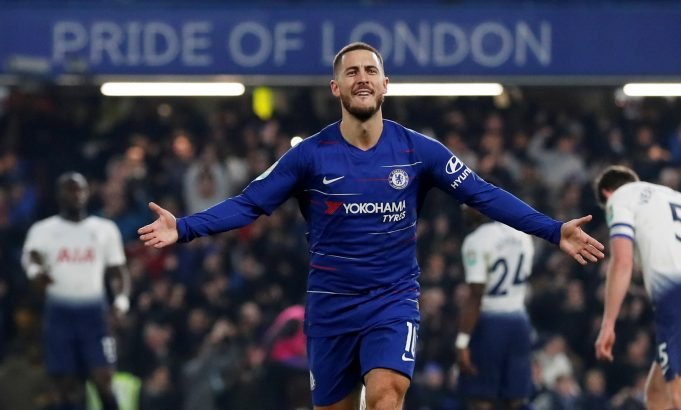 Chelsea’s 2-0 defeat to Arsenal in the Premier League evoked criticism from Maurizio Sarri, with the Italian slamming the players publicly in his post-match conference for their lack of mental aggressiveness.

The Blues responded to Sarri’s criticism in a fine manner, beating Spurs 2-1 in the semi-finals of the Carabao Cup to set up a clash with Man City in the finals before a 3-0 thrashing of Sheffield Wednesday in the FA Cup.

Higuain is likely to lead the line against when Chelsea return to Premier League action against Bournemouth, with Eden Hazard moving back to his preferred wide left role.

Sarri rested Hazard for the FA Cup game and pundit Paul Merson believes the manager’s decision to keep the Belgian fresh for the trip to the south coast can work in favour of Chelsea.

“This looks like a difficult game for Chelsea on paper,” Merson told Sky Sports.

“However, a big positive for Chelsea is the fact they rested Eden Hazard against Sheffield Wednesday on Sunday.

“Bournemouth love to go forward, especially at home, so this will be an open game. That will suit Chelsea and I think they will have too much for Eddie Howe’s side.”