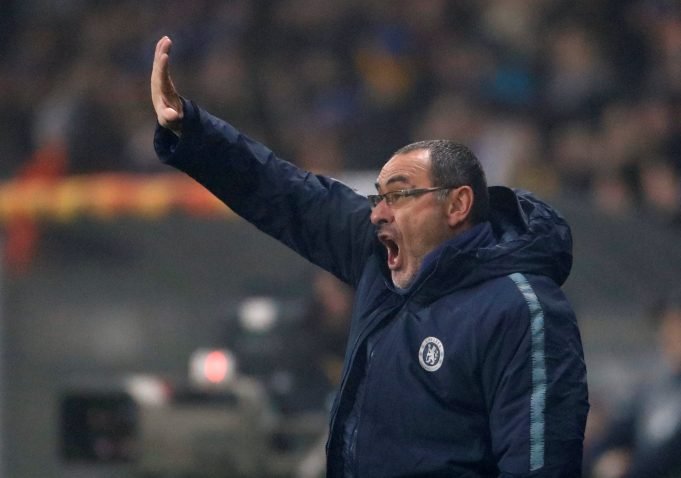 Chelsea manager Maurizio Sarri said that he was not happy with his team’s performance during their Europa League fixture against BATE last night.

Olivier Giroud’s first goal for Chelsea in more than 6 months was the only goal of the match. Chelsea’s win confirmed their place in the knockout stages of the Europa League.

However, Sarri thought that his team did not perform very well. Chelsea won the previous leg 3-1 at Stamford Bridge and despite having 17 attempts on goal, they could score only once.

Sarri said, “We didn’t play very well. I didn’t like the first half because we moved the ball only slowly.  It was very difficult to be dangerous, but we were better in the first 25 minutes of the second half. We didn’t manage the last 15 minutes well.

The best thing is the result. It wasn’t very easy to play a good game here, with the conditions.”

Sarri was happy that Olivier Giroud scored his first goal of the season, having already delivered four assists. He said, “I am pleased for him. He is very important for us.”

Chelsea are now at the top of their table with 12 points and are one of the 7 teams who have sealed their place in the round of 32. Their next match is against Everton on Sunday.