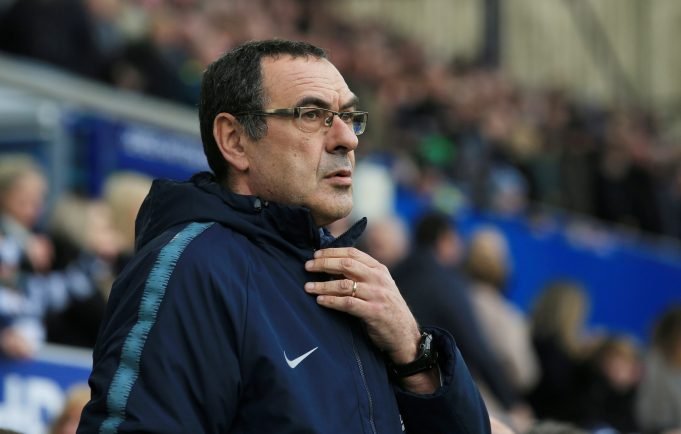 According to reports from the Express, Chelsea could sack Maurizio Sarri during the international break. The Blues suffered a 2-0 defeat to Everton at Goodison Park last evening and their top four hopes have taken a huge hit.

This is Chelsea’s second winless result in a row as they barely escaped a defeat to Wolves 8 days back. Chelsea are now 6th in the Premier League table, three points behind the top four. They still have a fair chance of qualifying for the Champions League next season if they end the Premier League in the top four of if they win the Europa League.

Chelsea’s performances in the Europa League is perhaps what has saved Sarri from the sack as of now. However, their results in the last 7-8 weeks cannot be overlooked. Hence, the Chelsea board is contemplating sacking Sarri during the international break which begins soon.

There have been several reports linking Sarri to the sack ever since Chelsea lost 6-0 to Manchester City. However, it seems unlikely that the board will sack him this season. The only thing that can save Sarri right now is if Chelsea win the Europa League. The draw has been kind enough to hand Chelsea Slavia Prague in the quarter-finals. Provided they do qualify, Chelsea will meet either of Eintracht Frankfurt or Benfica in the semi-finals.

Chelsea next face Cardiff City on the 31st.