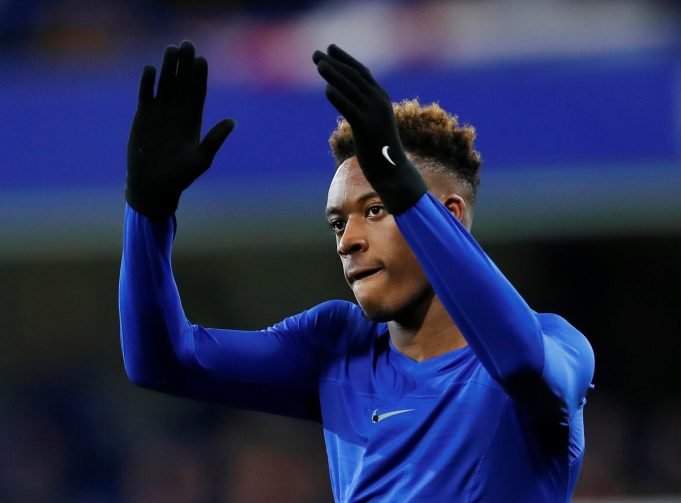 Chelsea manager Maurizio Sarri has insisted that Eden Hazard can leave Stamford Bridge if he wants to do so but the Italian has advised Callum Hudson-Odoi should commit his long-term future to the club out of respect for the academy coaches.

The highly-rated 18-year-old English prodigy has been the subject of repeated bidding from Bayern Munich but the Blues are prepared to fight tooth and nail to hold on to their academy product.

When asked whether the 18-year-old owes Chelsea something, Sarri told reporters: “I think so.

“Of course, he’s a very great player. He will become one of the best in Europe also in another team, but he has to respect the work of the academy coaches, I think.

“It’s very difficult to go to another country and adapt immediately or play very well immediately. That’s a difficult situation. It’s better for him to try and improve here. But that’s my opinion. I may not be right.”

“The situation of Eden is different,” said Sarri, who rested Hazard in Chelsea’s FA Cup win over Sheffield Wednesday after his goal-scoring performance in the EFL Cup semi-final against Tottenham.

“Of course, I hope the opposite. I hope he wants to stay here with us and improve. He has the potential to be the best player in Europe at the moment. Sometimes he’s happy with something less.

“It’s my job to improve him and put him in a position to do his best. Sometimes I have to say something in the pressroom on that. It’s normal. It’s my job.

“But I was really very happy with the last performance.”

See also:- Kiko says Morata must step up to be successful