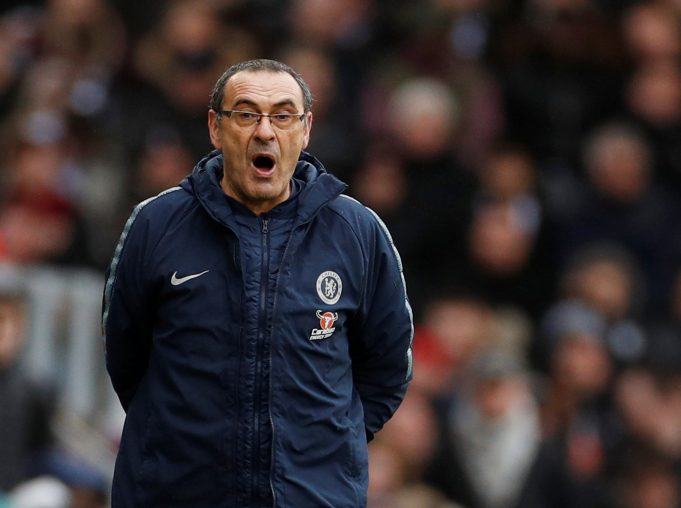 Chelsea manager Maurizio Sarri has said that he is targeting a top-four finish with Chelsea in the Premier League this season.

Chelsea are currently 6th in the league table. However, they have played one match less than Arsenal and Manchester United due to the postponing of their match against Brighton and Hove Albion. Hence, Chelsea have a pretty good chance of finishing in the top four of the Premier League this season.

Speaking after Chelsea’s win over Fulham, Sarri said, “I will be very happy if we finish in the top four. I know the target of my club is to return to the Champions League. I was lucky in Naples because we went to the Champions League three times in a row for the first time in the history of the club. I would like very much to do the same for this club.

I hope Tottenham will be involved [in the top-four battle]. In that case there are two spots for four teams, which is better than one for three! We will see. I understand very well in England it’s very difficult to be in the top four. It’s very competitive.

And not only the Premier League. You have to play in the FA Cup, the League Cup. Every match is very difficult. In the League Cup we played against Liverpool, twice against Tottenham, the final against City. Every match is very difficult, mentally very expensive, and you risk arriving at this moment of the season very tired, more mentally than physically.”