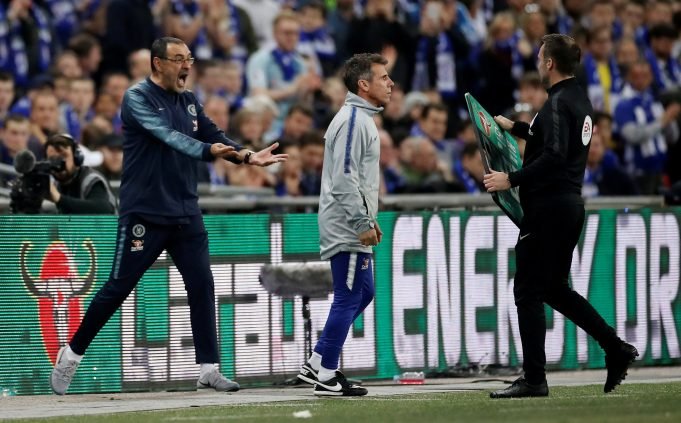 Chelsea manager Maurizio Sarri feels that his team has grown from the incident that occurred in the Carabao Cup Final. During the dying moments of the match, Sarri was about to substitute goalkeeper Kepa for Willy Caballero, thinking that Kepa had an injury issue. However, Kepa refused to leave the pitch and this infuriated Sarri. As a result, Kepa was fined a week’s wages and was on the bench for Chelsea’s following game against Spurs.

Sarri feels that the Kepa incident is an overall positive for Chelsea. The Italian said, “In the end, the Kepa situation was a good thing for our group, too. In the last five matches, we won four matches and drew against Manchester City. In five matches, we conceded only one goal. So we are improving in consistency.