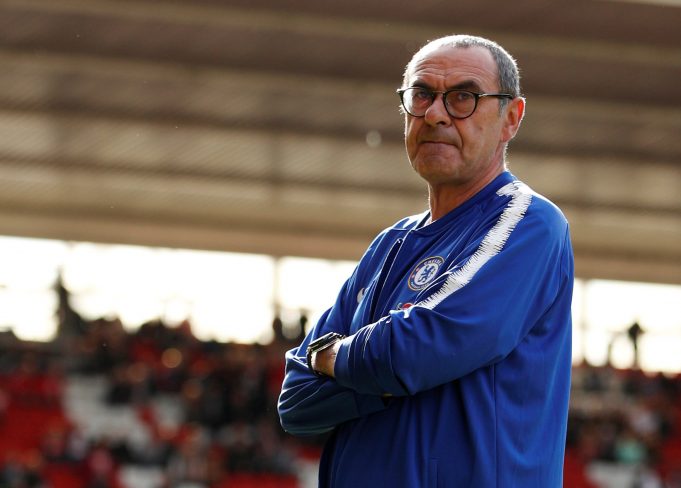 Chelsea boss Maurizio Sarri has said that Chelsea are currently performing at 60-70% of their capacity.

Chelsea have begun the season brilliantly under Maurizio Sarri. Barring the Community Shield, they have avoided defeat in all of their matches this season. They have won 6 out of their 8 Premier League matches and are second in the table behind Manchester City on goal-difference.

Chelsea are one of the favorites to win the Premier League and Sarri has had a really good impact on the club so far.

However, Sarri believes that Chelsea can improve a lot.

He said, “I’d say this Chelsea side is only at 60-70 per cent capacity right now. But how much we are missing and how much we need is not the same thing. It’s double that.

The whole Sarriball thing amuses me. I don’t go on social media, but I did see the fans post these videos with the most passes. If I have to be honest, the Chelsea fans aren’t even sure what Sarriball means. They invented this term, pronounce it all in one word and carry on. It’s very funny.

It’s a dream to be here. I walked into Stamford Bridge and hear this shout: ‘Mauriziooooooo!’ Then the chants, it makes you want to pinch yourself. They usually do that for those who have won, but what have I won? I couldn’t believe it.”

Chelsea play their next match against Manchester United on Saturday.

Read Also: Hazard gives update on his future at Chelsea