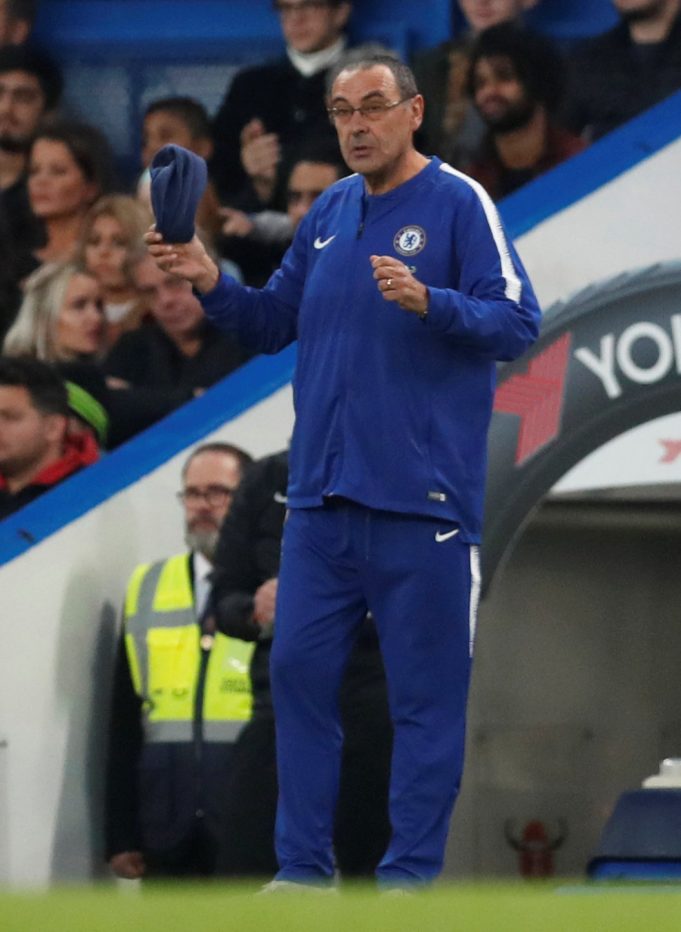 Chelsea boss Maurizio Sarri has said that his team is lucky to win matches despite making very little tactical changes.

Sarri joined Chelsea a day after the sacking of Antonio Conte. Under his reign, Chelsea have not lost a single of their 11 Premier League matches so far. He is the first Premier League manager who has not tasted a defeat in his first 11 league matches after Frank Clark attained the same feat in 1994 while managing Nottingham Forest.

Sarri said, “I very proud to be the coach of this team. The record is not one of the coach, but of the team. I was lucky. I have very good players, and my players, in the last two months, were able to win also without a great level of organisation from the tactical point of view. I was lucky, I think.”

Sarri also spoke about the importance of having Eden Hazard on the bench for the match. He said, “We were a little bit in trouble so we needed some quality and personality. We were lucky because we had Eden on the bench. I spoke yesterday with the doctor and he said he was doing better but, for me, is not able to play for 90 minutes. So I asked for the bench, and he said I could try. But no more than 30 minutes. We were lucky.

Immediately, the first minute, I think, he was able to change our match. But you know Hazard is Hazard. He’s able to do this very often.”

Chelsea’s next match is against BATE on Thursday.