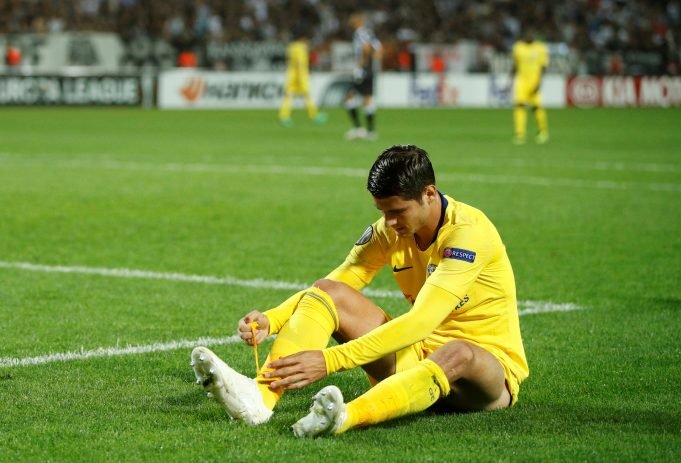 Chelsea boss Maurizio Sarri believes that scoring more goals can boost the confidence of Alvaro Morata. The 25-year old has been struggling this season. Barring a goal against Arsenal, Morata has done close to nothing this season.

Sarri said, “Alvaro has to gain confidence with one, two, three goals. I am not able to give him confidence. In this match, he has had three, four opportunities. He was unlucky.

I hope for him that in the future I can try to help him, but the confidence can come only with goals. I have to say also, for maybe the first time in this season Alvaro was ready in the box. He was on the ball and was active.”

Chelsea began their Europa League campaign with a 1-0 win over their Greek opponents at Thessaloniki. A 7th minute goal from Willian made the difference. Chelsea had numerous opportunities to extend their lead but the attackers could not capitalise on them.

Following the match, Sarri said that he was happy with the three points but not with the result.