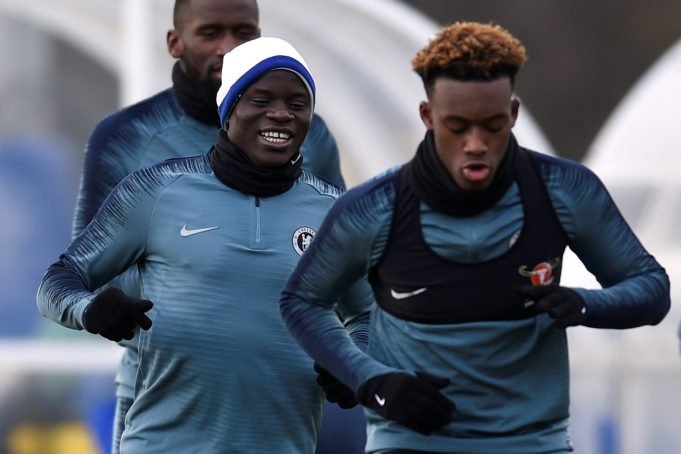 Chelsea manager Maurizio Sarri has praised teenager Callum Hudson-Odoi, saying that the 18-year old has the capability to become one of the finest footballers in Europe provided he improves.

Hudson-Odoi joined Chelsea’s youth setup in 2007 and played there till joining the senior team in 2017. Since then, the young winger has made 10 appearances for Chelsea.

This season, Hudson-Odoi has made 6 appearances for Chelsea, scoring and assisting once in a Europa League fixture against PAOK in November.

There were recent reports linking Hudson-Odoi to a move to Bayern Munich. These reports claimed that Bayern made two bids to sign the teenager, both being rejected by Chelsea.

Hudson-Odoi made his first Premier League appearance of the season on Boxing Day against Watford. He replaced Pedro in the 43rd minute and played 42 minutes before being replaced by Emerson.

Sarri also said that regarding youngsters like Hudson-Odoi and Ethan Ampadu, he and the fans should be patient. The Italian said, “Also the fans sometimes, also the club sometimes, and so I am in the middle. I have to win. It’s not easy at this level to take the young players from the academy and he’s ready to play, not only here, everywhere in Europe.

We are lucky because we have [Ethan] Ampadu, we have [Andreas] Christensen, we have Odoi. We are really very lucky, or the academy is very good.”

Chelsea play their first match of 2019 tonight against Southampton