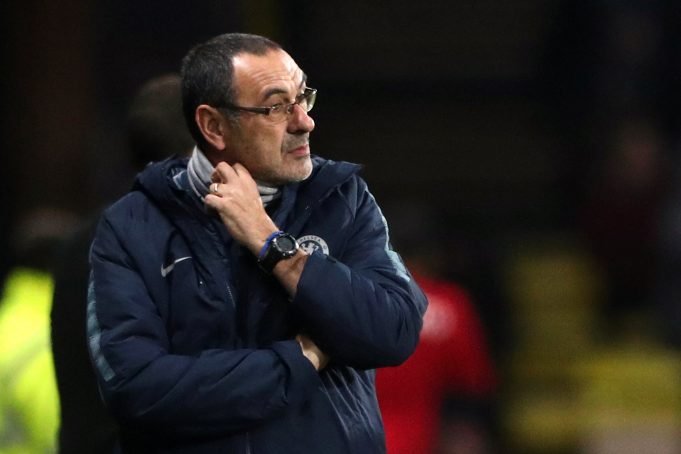 Chelsea boss Maurizio Sarri praised his team for how they responded to their defeat against Leicester City last weekend. The Blues came back to winning ways by beating Watford 2-1 yesterday. Eden Hazard gave Chelsea the lead in the first minute of stoppage time before half-time. However, Roberto Pereyra equalised for Watford just before the break.

Then, Hazard scored his second to restore the lead for Chelsea in the 58th minute. The win sees Chelsea return to the top four of the Premier League table.

Following the match, Sarri said, “I think that we played a good match with a good level of determination and attention for 90 minutes. I think we could have won with another result, we missed three or four good opportunities in the last 20 minutes but I am really very happy with the reaction and application for 95 minutes. Today we reacted very well while playing our football.

The performance is very important because maybe in the last match [against Leicester], in the first half, we played better in quality, better than tonight, but in this match, the level of application was really very good.”

Sarri also praised Eden Hazard who scored his 100th and 101st goals for Chelsea. The Italian said, “I think he played very well for the two goals but no only because of that, he was really very good and to come to play for his team-mates, in open spaces and with assists. I like him in every position, he is a very great player. I think we need this solution because we need to be more solid in the defensive phase so I think with this, we can score and become more solid in defence.”

Chelsea next play Crystal Palace at Selhurst Park on Sunday.