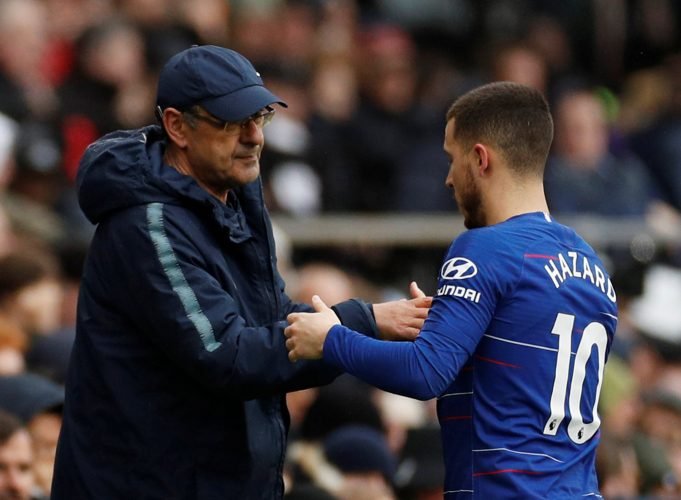 Chelsea manager Maurizio Sarri has said that he is not worried about Eden Hazard’s future at Chelsea. Recent reports stated that Real Madrid have contacted the club over a transfer for Hazard.

With Zinedine Zidane back at Real Madrid, Eden Hazard has become a top priority target for them. Speaking ahead of Chelsea’s Europa League encounter against Dynamo Kiev, Sarri said, “You have to ask to Hazard (about Zidane) I think. I don’t know at the moment. I didn’t speak with Eden about Zidane.

I am not worried because you know my opinion. I want only in my team players who want to play for Chelsea, so I can’t be worried.”

Chelsea play Dynamo Kyiv at Kiev tonight. The Blues won the first leg at Stamford Bridge 3-0 and already have a huge advantage. Maurizio Sarri’s team has a very strong chance of winning the Europa League this season and they should be able to seal their place in the quarter-finals tonight.