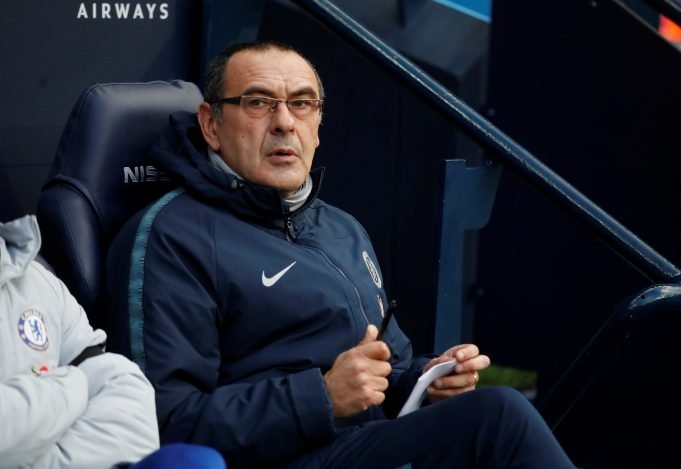 Serie A expert Gabriele Marcotti has said that Maurizio Sarri needs to bring in two players, Andreas Christensen and Emerson Palmieri in order to change things around in the lineup for the future encounters. The Blues had an embarrassing outing against the reigning champions Manchester City as they were beaten by 6-0 in their last Premier League outing.

Speaking on ESPN, as cited by the Star, Marcotti said, “I think (Marcos) Alonso is a problem – I’d like to see Emerson get a run in the team. Not that he’s any great shakes. I think (Andreas) Christensen should be given far more of an opportunity. Those two are the key element.”

He added, “But most importantly you can’t have stupid defensive mistakes which cost them that game (losing 6-0 to Manchester City). I think that’s something they need to work on more on the training pitch and figure out how to get the message across to the players.”

Maurizio Sarri has been heavily criticised by fans and experts alike after their loss against Manchester City and the Italian gaffer has been in the line of fire. It has been also reported that the Italian gaffer, who took charge at Stamford Bridge at the start of the season, might be on his way to face the sack as the club is growing increasingly impatient with his recent failures.

SEE ALSO: Sarri Wants Chelsea Board To Back Him