Chelsea FC Latest News .com
Home Chelsea FC News Sarri: I may not be able to motivate the team 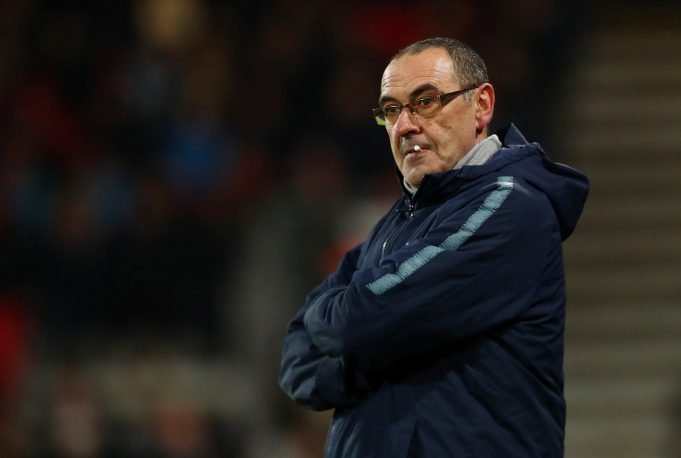 Chelsea boss Maurizio Sarri has questioned his ability to motivate his team following Chelsea’s 4-0 drubbing against Bournemouth last night. After a goalless first half at Dean Court, Joshua King opened the scoring just two minutes into the second half. Then, David Brooks added a second in the 63rd minute before King scored his second and Bournemouth’s third of the match in the 74th minute. Substitute Charlie Daniels added a fourth during the final moments of the match to cap off a memorable night for Bournemouth.

The defeat was Chelsea’s joint highest Premier League defeat, having lost 1-5 to Liverpool in 1996. As a result of the defeat, Chelsea have slipped to 5th place in the Premier League table.

Following the match, Maurizio Sarri said, “I am not able to explain because we played very well in the first half. We conceded the goal very early in the second half but we had 43 minutes so all we needed to do was to continue to play. Maybe it’s my fault because maybe I’m not able to motivate this group and these players. I don’t know why. But I need to understand and we need to understand very soon because we have to play in three days.

We are doing something wrong with our mentality, of course. We need to understand why and we need to react to the difficulty. For me it’s really difficult to understand why. I’m trying to do it, and I will try to do it tomorrow but it’s not easy. If you stop playing, you can concede four or five goals. We stopped playing as a team and we stopped defending. We were in trouble but it was only a consequence [of our performance].

At the end of the first half it was impossible to think the second would be a disaster and I want to understand why. Just like two months ago when we had to face difficulties, we lost our identity and played as 11 individuals.”