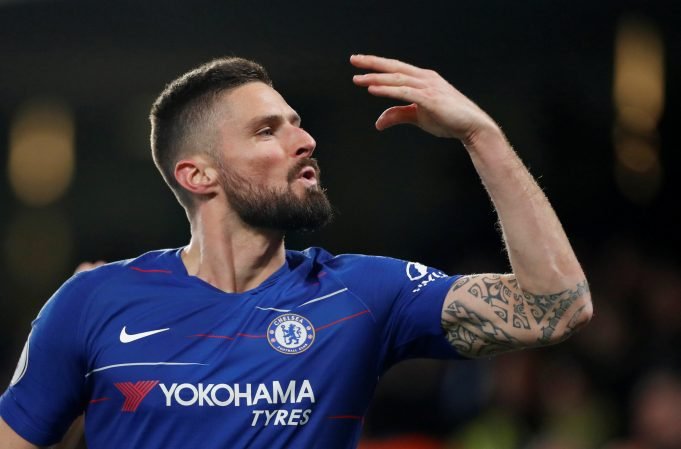 Chelsea manager Maurizio Sarri has said that the club will trigger the clause to extend Olivier Giroud’s contract. Giroud joined the club from Arsenal last January. However, the Frenchman has been far from his prolific best for Chelsea. In 54 appearances across all competitions, Giroud has scored 16 goals and has provided 10 assists.

This season, Giroud has made 36 appearances for Chelsea, scoring 11 goals and providing 7 assists. With the arrival of Gonzalo Higuain in January, Giroud has mainly made substitute appearances in the Premier League. He has been a regular in the Europa League though and is the second highest scorer in the competition so far with 9 goals in as many matches.

Giroud received his first Premier League start of 2019 in the match against Brighton and also scored a goal.

Giroud earlier stated that he was frustrated with his playing time at Chelsea and there have been several reports linking him to a move to his native France.

However, Sarri has said that the club will extend Giroud’s contract. The Italian said, “Yes, of course. I know the club have an option for another season, so I think he will remain.”

Given that Chelsea may not be able to sign Higuain due to their transfer ban, the Blues will certainly be keen on keeping Giroud for another season.

After impressing against Brighton, Giroud will hope to put in another strong showing in Chelsea’s match against West Ham on Monday.