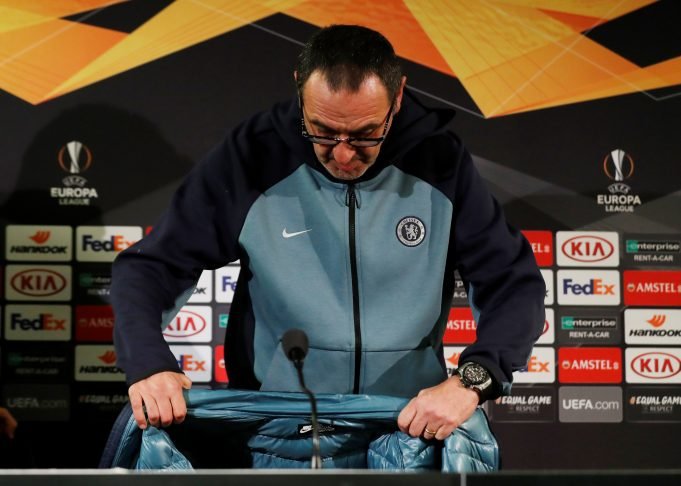 Chelsea have announced the squad for their Europa League round of 32 first leg against Malmö FF. Sarri has chosen most of his regulars but has left out Marcos Alonso and Ruben Loftus-Cheek. Alonso hasn’t had Europa League action since Chelsea’s opener while Loftus-Cheek was a regular during the Europa League.

Sarri explained why he left out both players from Chelsea’s squad for tomorrow’s fixture. The Italian said, “Loftus-Cheek is out with the same problem, with his back. It’s not the most serious problem, I hope he [is back] for the FA Cup, but it was impossible for tomorrow. I want Marcos to rest for one match. No physical problem.”

Chelsea enter their match against Malmö FF at the back of their most embarrassing defeat in recent times. Sarri has said that the days that have followed the 6-0 drubbing against Manchester City have been difficult and his team wants to react immediately. The former Napoli boss said, “Not too easy of course but I think after a match like at Manchester City it is normal. It’s not easy to play tomorrow after a 6-0 defeat but we have to play and we have to play well if we want to win. We know that it will be not very easy because we have to play against a very good team, they are compact, solid and usually have a very good defensive phase. We want to win and want to react immediately.”