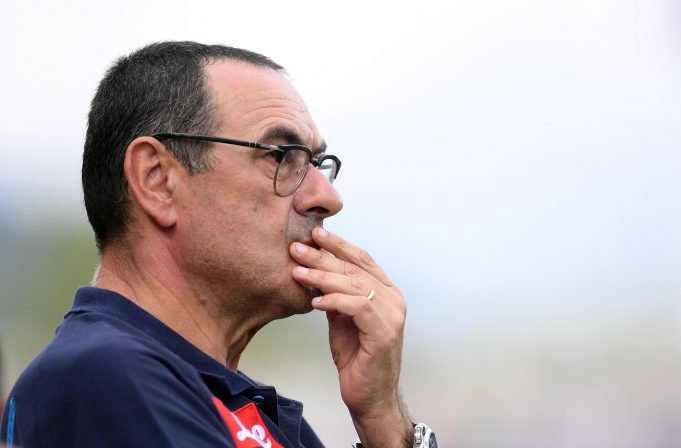 Sarri says that there are doubts over his Napoli future.

Maurizio Sarri dropped a hint that he could be leaving Napoli for Chelsea by saying: “I don’t think I could go to another Italian team.”

The Italian held talks with club president Aurelio De Laurentiis on Wednesday regarding his future.

“Time has run out, there is no date. We have dealt with this problem anyway, we have to go on without fear and without ‘if’.”

“I have to take responsibility, I’m not saying he’ll leave. There is a release clause, we’ll see what will happen.”

“In life, everything comes to an end, When I arrived, the team had finished 24 points off the top. Now, we are four points behind.

“We have not reached the target, but the journey has been fantastic. Tomorrow I will talk to my family before anyone else.”