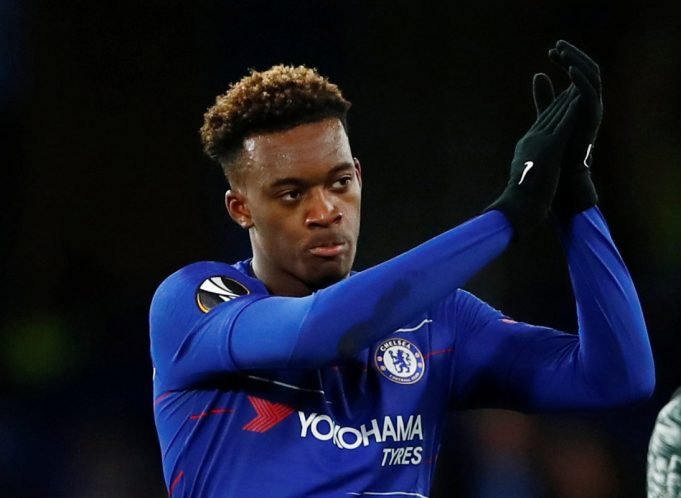 Chelsea manager Maurizio Sarri is confident that English winger Callum Hudson-Odoi will ply his trade at Stamford Bridge in the next season as well. The 18-year-old, who made his debut for the three lions in the first match of the Euro 2020 qualifiers, has been linked with a move away from the west London club with big-name clubs like Manchester United and Bayern Munich ready to rope him in. He is yet to sign a new contract at the club but the Italian gaffer has said that he will stay at the club irrespective of whether he signs a contract at the club or not.

Sarri said, “I think the evolution is the right evolution. Probably, he will play 30-35 matches in the next season. And so I think that, with Callum, we are on the right path.”

He added, “So I saw the English national team only for 20-25 minutes and Callum didn’t start very well in the first 20 minutes on the right. He did very well on the left, immediately. But I know him very well and I know he prefers to play on the left. I don’t know (if it’s time for him to start a Premier League game). I know very well the situation because, in the last season, Callum was only 17 and he played three or four matches, I think.”