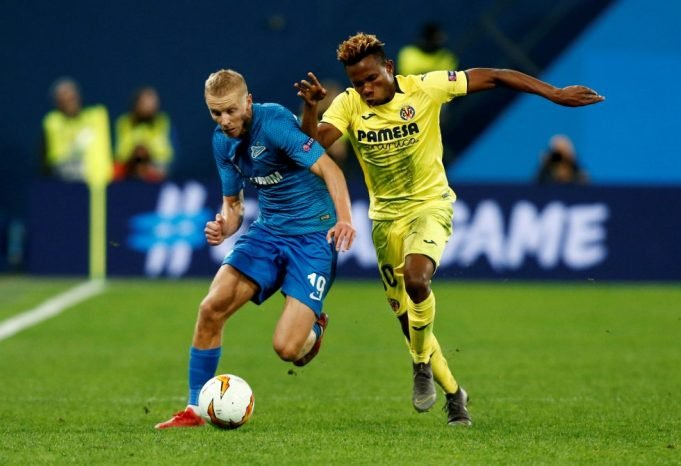 Chelsea are actively looking for players to replace Willian and Pedro with since both are destined to leave West London this summer.

Their deals have run out and agreements have fallen through regarding any extension. They currently have Callum Hudson-Odoi, Christian Pulisic and Hakim Ziyech as their only flank options.

Ziyech is primarily tipped to be deployed in a more central role which would call for backup to the wider spots. Willian has played in every single Premier League game this season. Hence, his importance to the squad cannot be understated. Pedro has also been an instrumental piece off the bench and for cup competitions over the years.

While it is unlikely that Jadon Sancho will fly over from Germany this very instant, Chelsea’s hopes of a marquee signing remain undeterred. What fans can hope to see are lesser-known faces make their way into Stamford Bridge this summer, like Villareal’s Samuel Chukwueze.

The 21-year-old has been in great form this season, scoring and assisting 8 goals across 30 appearances. He is slowly starting to show his true grit in the European top-flight, even acquiring 12 caps for Nigeria and 2 international goals. He is quick off the mark and offers a lot of attacking threat.

Reports claim that his services are worth £58 million at this point. Liverpool, Olympique Lyon and plenty of other European outfits are monitoring his progress as well. If all else fails, Chelsea might have to pursue deals for players such as Chukwueze.