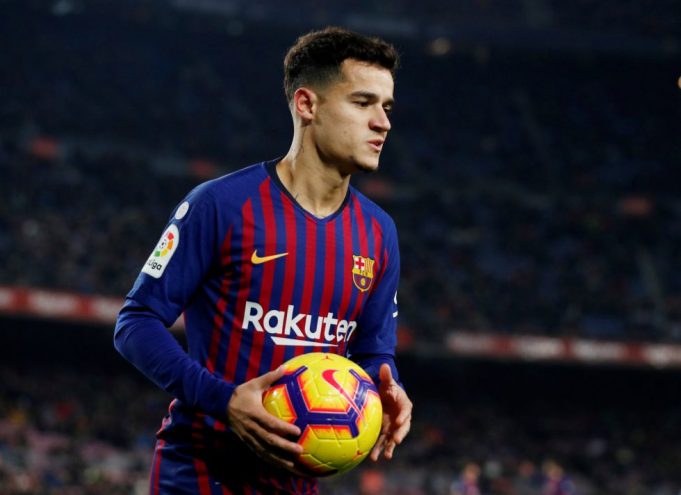 Contrary to popular belief, Chelsea have made no strides in their chase for Philippe Coutinho.

The Brazilian has been the talk of the season after being ruled out as an excess to needs in Bayern Munich and Barcelona.

Manchester United, Arsenal and Liverpool were all trying to offer him a path back into the Premier League along with Chelsea. Frank Lampard greatly admires Coutinho’s talents and wanted to bring him into the number ten role. Reports about a loan deal emerged but none with any substance.

Now, it seems likely that Coutinho might remain at Camp Nou under new boss, Quique Setien. His agent, Kia Joorabchian has lifted the lid on the transfer saga linking the 28-year-old to Chelsea and several other clubs. He said, “He’s had an injury, he had an operation two weeks ago on his ankle and he is six weeks for recovery for that, which unfortunately means he’ll probably miss a chunk of the Bundesliga. Hopefully, he’ll be fit for the tail end of the season.

“But in terms of the rumours? At the moment we have not spoken to anybody about any deals whatsoever. I think at the moment everyone’s concentration is on this pandemic and how football can restart in a safe and secure environment, and the health of safety of everybody.

“The transfer side of things and where Philippe will go, or where other players will go, will come into play further down the line when things have got back to some sort of normality.”

This should be enough to wrap up any speculation regarding Coutinho’s Stamford Bridge future. Lampard has already signed Hakim Ziyech and might be preoccupied with other transfers this summer.

READ MORE: Chelsea Defender Transfer Targets For The Summer Of 2020