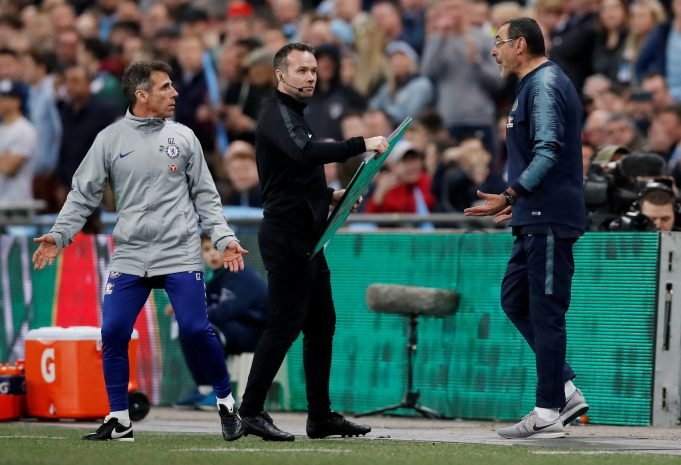 Chelsea defender Antonio Rudiger feels that Maurizio Sarri and Kepa Arrizabalaga should have a discussion over last night;s substitution fiasco at Wembley.

During the dying moments of extra time, Maurizio Sarri was about to bring on Willy Caballero and substitute Kepa. However, the most expensive keeper in the world refused to come off the field.

Following the end of extra time, Sarri was about to have a word with Kepa but Rudiger intervened. Kepa eventually saved a penalty in the shootout but sadly, Chelsea lost 4-3 and Manchester City were crowned League Cup champions for a 6th time.

Following the match, both Sarri and Kepa played down on the incident, calling it a misunderstanding.

Chelsea next take on Tottenham Hotspur on Wednesday.