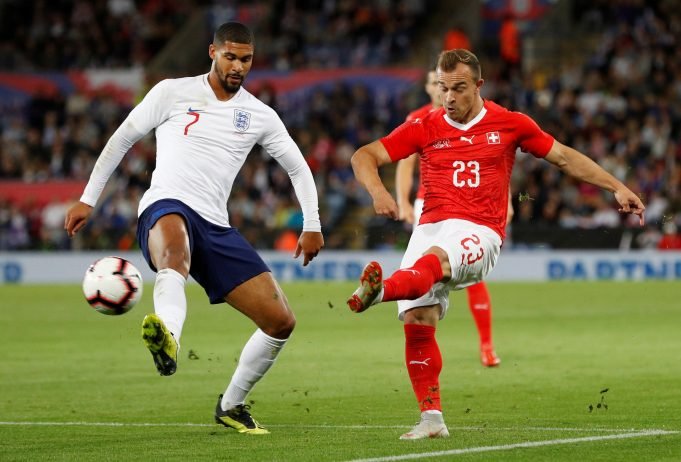 Chelsea midfielder Ruben Loftus-Cheek has said that he is only concerned about breaking in Chelsea’s squad this season. Loftus-Cheek was a part of Chelsea’s youth setup from 2004-2014 before joining the senior squad.

He has not been a regular ever since joining the senior squad. Loftus-Cheek spent last season at Crystal Palace on loan.His performances were really good for the club and subsequently, he was a part of England’s World Cup squad that came fourth in Russia.

This season, the 22-year old has made only two substitute appearances against Huddersfield Town and Bournemouth.

Despite there being plenty of competition in Chelsea’s midfield, Loftus-Cheek insisted on staying at the club rather than seek a transfer.

When the midfielder was asked if he would go back to Crystal Palace, he replied, “Possibly, but it is still far away, there are still a lot of games to play and I just have to see what happens. Right now I am at Chelsea and my focus is at Chelsea and learning at Chelsea. That is in the future and we will deal with that when it comes.

I’m not sure when I am going to play. It is just down to me working hard in training, I don’t know whether I am going to play or not play but for me it stays the same, I still train well and do everything the right way in case I do play.”

A few weeks back, Maurizio Sarri said that Loftus-Cheek was improving. He also said that the midfielder would be an important player for Chelsea.

Loftus-Cheek started in England’s 1-0 win over Switzerland at Leicester. He played for 61 minutes before Jesse Lingard came on for him.

Chelsea’s next Premier League match is against Cardiff City on Saturday. After this, The Blues begin their Europa League campaign against Greek club PAOK next Thursday.