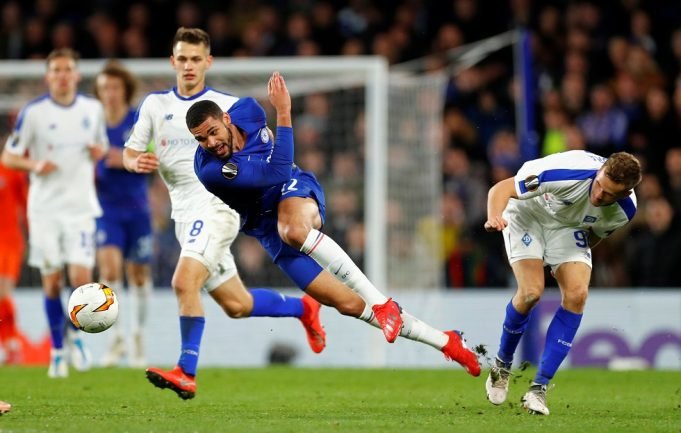 Ruben Loftus-Cheek seems to be in high spirits as he inches closer to his return, states Frank Lampard.

It has been months since the midfielder got sidelined with an Achilles tendon injury. After surgery and a very long rehabilitation process, he is finaly back on the pitch, training with the Chelsea U16 side.

Lampard said, “There’s a different look on Ruben’s face. He is more smiley and happy. He’s integrating more towards us which is great news.”

This is huge bit of boost for the senior side as rumours collect over Ross Barkley’s departure. West Ham boss, David Moyes wants to reunite with his former midfielder but Chelsea has told him to look the other way. The one person who is potentially halting that move is Ruben Loftus-Cheek.

The 23-year-old has been missed in midfield, leaving Frank Lampard with limited options as backup. It is still long before he will be fully integrated into first team training. Reports claim Loftus-Cheek could be back some time towards the end of this season or even sooner.

Chelsea have gone over the gruelling winter period with their fourth spot still intact. They will require more strength along the benches as competition heats up for a Champions League spot finish. Fans will simply be hoping for Loftus-Cheek to hit the mark right from the get-go.