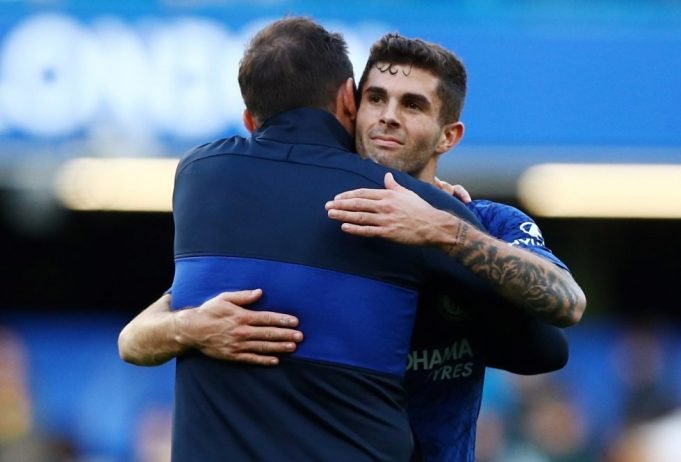 Christian Pulisic was raging to get back to football and so far, he has not disappointed one bit.

After suffering an injury on New Year’s day, Pulisic was set for a lengthy spell on the sidelines which was seen as another blimp in his debut season.

The American, however, returned with a fire in his belly, securing his position on the right flank. He has now registered 8 goals and 6 assists in 28 appearances for Chelsea pushing Ross Barkley to stress on how big a threat he is in the Premier League.

Barkley said: “Since Christian came back from lockdown he has been on fire. He had a couple of little niggles easier in the season – and he didn’t have much of break last summer before he joined us.

“So maybe this break has done him the world of good. Since he came back he has been blazing. He has been scoring great goals in training, and now he is doing it in matches. He is such a difficult player to defend against because he is so direct. He is so confident. He is always ready to try and take a player on. He is a real problem for defenders.”

Pulisic, who has been compared to former Chelsea hero Eden Hazard, said: “I feel confident in my game right now. Hazard was such an incredible player for Chelsea and is world-class, so I’m not going to compare myself to him. I’m just going to try to be myself, and hope that the fans like that guy.”

Pulisic has taken a bit of time to come into his own at the Stamford Bridge but he is slowly becoming a potent attacking threat. Frank Lampard has already praised the youngster’s directness and ability to take on players on the dribble. Fans can feel optimistic about their Eden Hazard replacement who came in from Dortmund last summer.