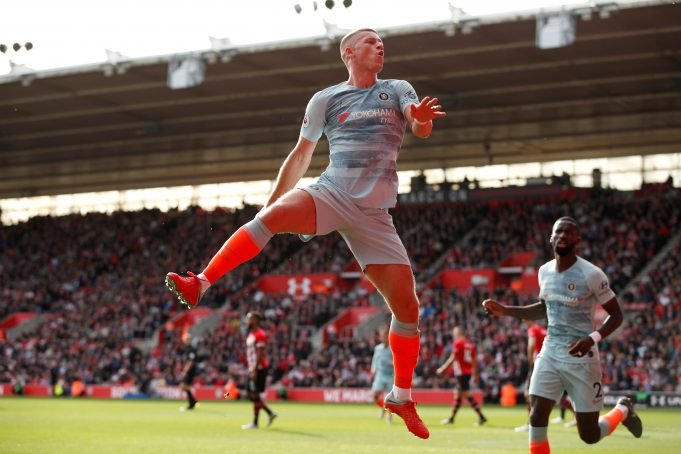 Barkley scored his first goal for Chelsea and also provided an assist as they beat Southampton 3-0 to continue their unbeaten run in the Premier League.

Despite the win, Sarri reiterated his statement that Chelsea are a step behind Liverpool and Manchester City.

However, Barkley does not share Sarri’s opinion and feels that Chelsea can challenge for the title.

When asked if Chelsea are contenders for the league title, Barkley replied, “We’re serious. A lot of the team have already achieved the success of winning the league and that’s a goal of mine.

Our end goal is to win the league but we’re taking each month as it comes to reach our goals and at the moment we’re achieving them.”

About his performance in the match against Southampton, Barkley said, “I’ve had to bide my time. I had a difficult time when I first came here with a few little niggles but that was expected after a long-term injury.

I’ve stuck at it, worked hard, believed in myself and I’m showing what I’m capable of. I want to keep improving and scoring goals.

I’ve got to back myself and show what I’m capable of and not go into my shell, which I know I do sometimes. I’ve got to show confidence in my ability which I’m showing right now.