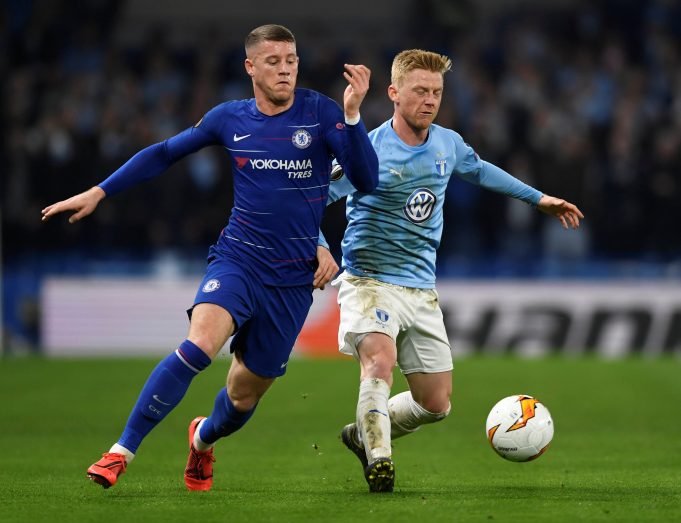 However, Barkley has defended the former Napoli boss, saying that his philosophy will benefit Chelsea. The 25-year old midfielder said, “He [Sarri] tries to improve every player. Throughout his career, you can see at Napoli how well he did with the players he had, how well he improved them. You can see on the training pitch a lot of things improving in each individual. We went through a bit of an up and down spell in the last couple of weeks, but we’re confident we’ll come through it and achieve success.

With each individual, everybody takes instructions in a different way. We’re all top-class players and we all want to learn more. With the manager we’re learning on a day-to-day basis. If you compare Pep Guardiola’s first season, they went through a bit of an up and down spell. When I was at Everton, we beat Manchester City 4-0. The Premier League’s the most competitive in the world. You can have an off day one day, a good game the other. It’s more repetition in training and results will come through.

When asked about the adaptation of Sarri-ball, Barkley said, “It comes. We’re doing it every day in training. I’m sure, with time, you’ll see how good it will be. Every manager’s different and they have their own way of approaching games. Previously at Everton we did similar things under Roberto Martinez. It’s just a way of being organised in a game. It’s only going to help us. Even though things haven’t been going that well, it still gives us the right frame of mind on game day to approach it. Personally, I don’t mind it.”

Chelsea will play Manchester City in the Carabao Cup final at Wembley. The winner will lift their 6th Carabao Cup title.