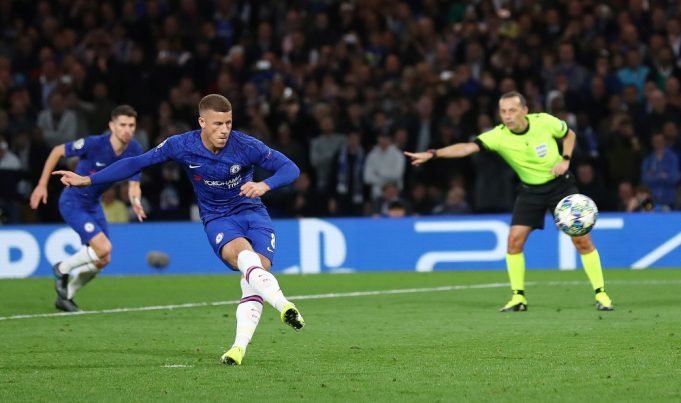 Chelsea were not at their best against Leicester City, according to Ross Barkley.

The England international was the only goalscorer of the game, giving Chelsea a route to the FA semi-final.

Barkley met Willian’s teasing cross to roll the ball past Kasper Schmeichel but he did disappoint otherwise. Chelsea had a chance to wrap up the game late into the game with a four-on-two opportunity. Barkley’s imperfect pass allowed Schmeichel the time to adjust and force the ball out of bounds.

Barkley said after the game, “I thought we weren’t at our best today. There were a lot of things that we could have done better today but getting a win was the main thing, keeping that momentum going. Since we’ve been back we’ve won every game, and getting into the next round was the most important thing.”

“When you get in the box the chances are there. Christian [Pulisic] had a great chance in the first half and was unfortunate not to score. But getting in the box you are always going to get goals. The gaffer said ‘get in the box, try and make things happen.’

Barkley also revealed how Lampard has been helping out midfielders in the team. “We work on it a lot in training, telling the midfielders to get in the box. The rewards are there getting in the box, like today and the other midfielders get goals as well. He gives us little tips here and there.”