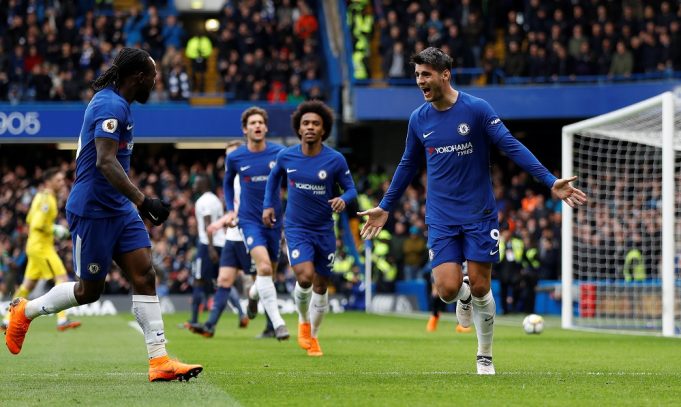 Morata has been linked with a move away this summer

Alvaro Morata was signed by Chelsea from Real Madrid for a record transfer fee of £60 million last summer, to fill the sizable boot of Diego Costa. Though Chelsea’s primary target was Romelu Lukaku, who joined Manchester United .

Morata has endured a frustrating time at Stamford Bridge over the course of the season. Despite a blistering start to his Chelsea career with eight goals in his first seven games, the striker has only netted two goals for the club since the Boxing Day.

His back injury and arrival of Oliver Giroud from Arsenal during the January transfer window also didn’t help his situation.

The 25 year old was also dropped from Spain National squad during the International break due to his run of poor form.

According to reports, he could leave Chelsea during the summer and is already linked with his former club Juventus. They are interested to bring him back to Italy, after he left them in 2016 when Real Madrid activated his buy out clause. He enjoyed a successful period with them from 2014-2016.

According to Italian publication Corriere dello Sport, as translated by Sport Witness, Chelsea owner Roman Abramovich and director Granovskaia still see a future for the Spanish international at Stamford Bridge. Both of them are keen to keep the forward next season and believes that he will rediscover his form.

Read Also: Top 10 Chelsea players with most assists ever