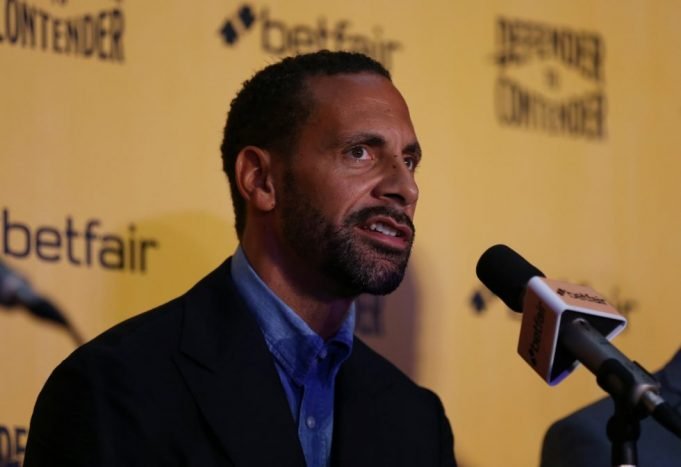 Rio Ferdinand detailed how a move to Leeds was almost intercepted by Chelsea.

Rio Ferdinand has explained why he snubbed a move to Chelsea as a youngster. He opted to join Leeds United. The former Englishman moved to Elland Road from West Ham in 2000 for a fee of £18million.

The defender revealed that Chelsea offered to match the Yorkshire side’s bid in the eleventh hour. But, due to growing distractions in London, Ferdinand decided it would be best to leave the capital in order to remain focused.

Speaking on The Joe Cole Cast, the 43-year-old detailed how a move to Leeds was almost intercepted by Chelsea. Ferdinand said: “I was out shopping with my dad and then the phone goes. The chief executive at West Ham said, ‘we’ve accepted a bid of 18 million pound from Leeds.

“The moment he said that I was, I was gone. And, funnily, I was getting to the meeting to go and meet Leeds, Chelsea rang and said, ‘we’ll match whatever Leeds are offering.

“And I said, ‘listen, with all due respect, thank you but I need to leave London because I was getting a lot of trouble off the pitch. My mates and that were going out all the time and I was going to the open of an envelope mate.

“Anything that was going on, I was there,” the former Manchester United defender added. “I wanted to know what’s going. I was like a social butterfly so the best thing for me for my career was to leave and get away and not be pulled to go into the nightclubs.”

Speaking to Eddie Hearn on his BBC podcast ‘No Passion, No Point’, as quoted by the Mirror, Ferdinand revealed the moment when he realised that he was beginning to be engulfed by the London nightlife. He said: “The summer before that I got dropped from the England team for Euro 2000. The manager Kevin Keegan didn’t take me.

“I was devastated, but it was probably one of the best things to happen to me. I was p****d off with him, I’ve got to be honest. But then I looked at myself after that initial anger with him I thought, ‘you know what, it’s down to me isn’t it?. I’m going out all the time’.

“That summer I went on holiday, I got back and I trained before we even went back to pre-season. I was running in the park the whole time for about 10 days before we went back in. I went back in, hit the ground running and then that November I went to Leeds.”