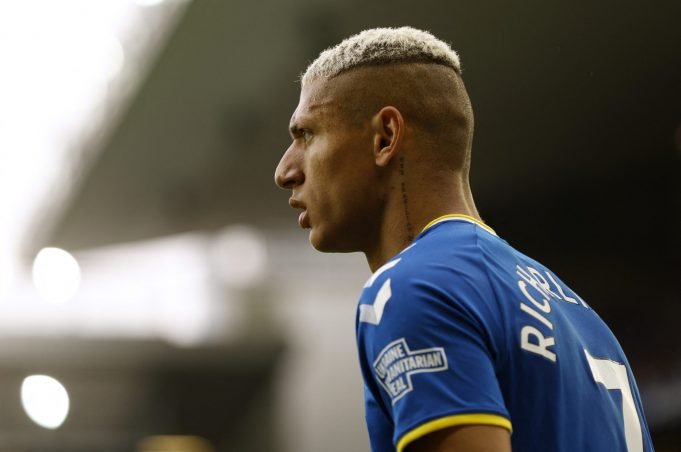 Spurs are set to land Richarlison ahead of Chelsea.

Chelsea’s transfer activity has picked up serious momentum and Everton striker Richarlison has emerged as a serious target.

He arrived from Watford in the summer of 2018. He has scored 53 goals and registered 14 assists in 152 appearances for Everton.

The 25-year-old was impressive for Everton and helped them to avoid relegation last season. He scored some crucial goals. We can’t forget his winner against Chelsea at Goodison Park.

Sky Sports reported that Chelsea are putting serious thought behind making a move for Richarlison, thus going up against arch-rivals Tottenham Hotspur who have been courting the Brazilian for a while.

According to UOL journalist Bruno Andrade (h/t football.london), Spurs are set to land Richarlison ahead of Chelsea, with the Blues seemingly focused on other targets for the time being.

It should be a big blow for Chelsea. If Todd Boehly and Thomas Tuchel viewed Richarlison as an absolute priority like they are considering Raheem Sterling and Raphinha to be, then an offer would have most likely been on the table already.